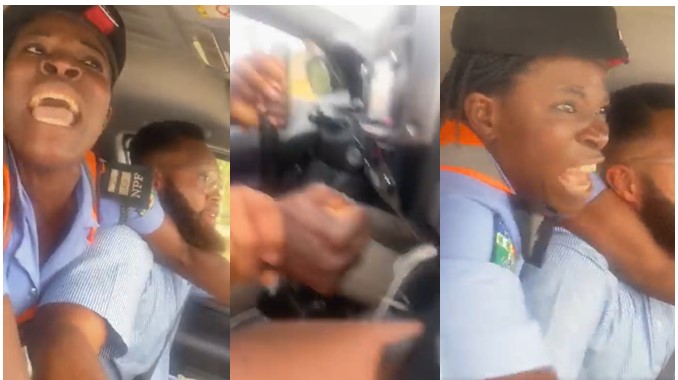 A Police woman has been captured on camera crying out for help inside the car of a man she reportedly arrested.

In a video making the rounds online, the man had apparently threatened to drive her to an undisclosed destination and he seems to have been keeping to his threat which scared the officer.

As he was driving the policewoman, she tried to grab the steering from him but he fought her off, so she started begging other drivers to come to her aid.

When someone asked what was wrong, she explained that he was driving her to a place she doesn’t know. Another lady inside the same car could be heard shouting at her towards the end of the clip.

There are only 3 sane people in this Nigeria 😂😂😂😂 pic.twitter.com/koFL4Day17