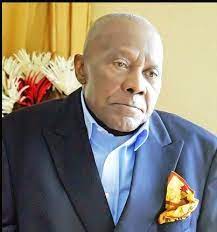 A source confirmed the news to Vanguard.

The source said the family of the Oguta, Imo state-born politician’s family was preparing a statememt.

He attended Holy Ghost College, Owerri; got a scholarship from the Nigerian Ports Authority, NPA, in 1958 to study marine engineering in England. By 1960 he was into life insurance sales.

He worked with Kwame Nkrumah of Ghana and, subsequently, many other African leaders, then in 1969 Nzeribe set up the Fanz Organization based in London. He also built up Sentinel Assurance and other companies.

Arthur Nzeribe was elected Senator for Orlu constituency 1999 and was reelected in 2003.

In the December 2006 Peoples Democratic Party, PDP, primaries for the 2007 Senatorial candidates, he was defeated by Osita Izunaso.

“A Total Disrespect To Our Culture”: Man To Lady Who Made...