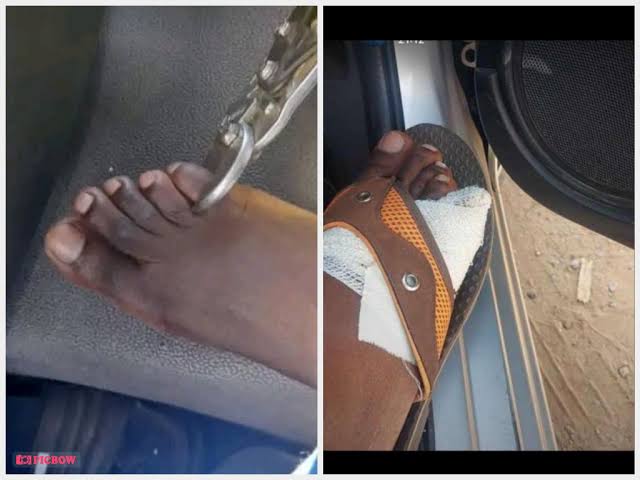 SHOCKING: Zimbabwe Citizens Start Selling Their Toes Due To High Cost Of Living

In Zimbabwe, people have started selling their toes for thousands of dollars. This is due to the high cost of living and failure for the government to create jobs.

This is a topic that has been trending on social media platforms where people are selling their toes for ritual money. What motivates the people is none other than poverty and wanting “quick and easy money”. The most popular motive, according to many “Ximex Boys” is “to be able to buy a Toyota GD6 truck” which has an estimated price of USD$25k-$70k. This has caused a major shock in the CBD of Harare where most “big boys in town” are left with less or no toes at all, depending on your “passion for money”

Can anyone really sell their toes and make instant cash or we are just being sold a dummy?. The sound of it seems a little weird but it’s a subject that is dominating social media sites in this country. Have we really hit rock bottom as a people that we believe we don’t have to sweat for money and prefer giving some South African sangomas our toes?

Social media has been awash with these tales since last Thursday with news that local dealers, especially those at Ximex Mall in the capital, can’t walk bare footed after selling off their toes.

Some say this is work of a cult, who demand the toes in exchange for 10 years’ riches, but one will lose a relative along the way.

Other claims are that, after agreeing to have a toe cut off, no other person must see the leg.

A close source at Ximex claims the story is just something which one guy jokingly shared with his colleagues and has now been blown out of proportion.

“I can’t really deny or confirm such activity at Ximex Mall but what I have gathered is that this whole issue was blown out of proportion after a few guys shared it as a joke.

Yes, some of the latest cars that the dealers are driving are questionable, imagine seeing a guy who has been struggling to buy lunch for himself now cruising in a Mercedes Benz GL400 which costs US$200 000, you have questions,” said the source.

In a voice note, purported to belong to one ‘donor’, she claims the process was not painful but she received the shock of her life after some maggots came out of her leg.