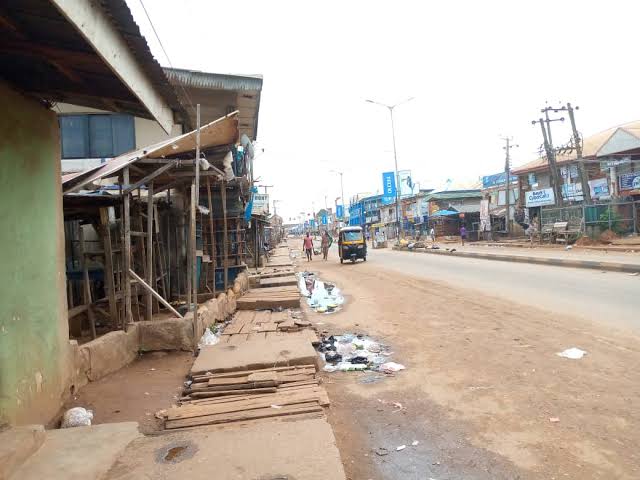 The Monday sit-at-home that has become a ritual in South-East, has forced the Joint Admission and Matriculation Board, JAMB, to postpone its on-going examinations in all the centres in Onitsha and other parts of Anambra State, from yesterday, (Monday) to tomorrow (Wednesday).

Investigations showed that the examinations which started last Friday and expected to continue yesterday, and today, could not hold Monday as JAMB authorities shifted Monday exams to Wednesday to forestall collision between the candidates, JAMB officials and the sit-at-home enforcers.

Some of the examination certres visited, including Obidon along Enugu/Onitsha Old Road at Nkpor were locked as no one was found within the vicinity.

As usual on every Monday, markets, banks and other business activities were yesterday shut in compliance to the weekly sit-at-home exercise.

Similarly, vehicular movements were off the roads till late in the afternoon when some courageous tricycle operators and shuttle buses resumed skeletal operations within short distances in the commercial city of Onitsha and its environs.

Governor Chukwuma Soludo had repeatedly urged law-abiding citizens of the state to ignore the sit-at-home exercise and open their shops for businesses on Mondays, saying that the continued sit-at-home is counter-productive to the economic well being of the state and the individuals but the business community and even the state civil servants did not heed to his plea as they cited insecurity as their reason for sitting at home every Monday.