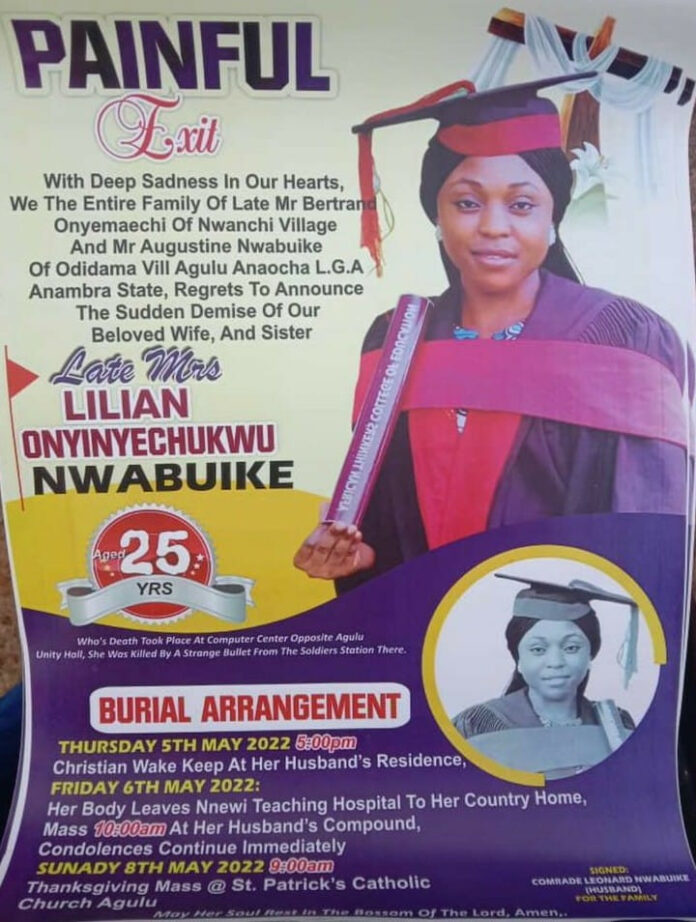 A 25-year-old lady, Lilian Onyinyechukwu Nwabuike, who died after she was hit by stray bullet in Agulu, Anaocha Local Government Area of Anambra State, was laid to rest on Friday, May 6.

According to members of the community, the deceased’s traditional and white wedding ceremonies were slated for next week.

Late Onyinye was hit by stray bullet when security operatives and gunmen engaged in a shoot out on Saturday afternoon, April 30. 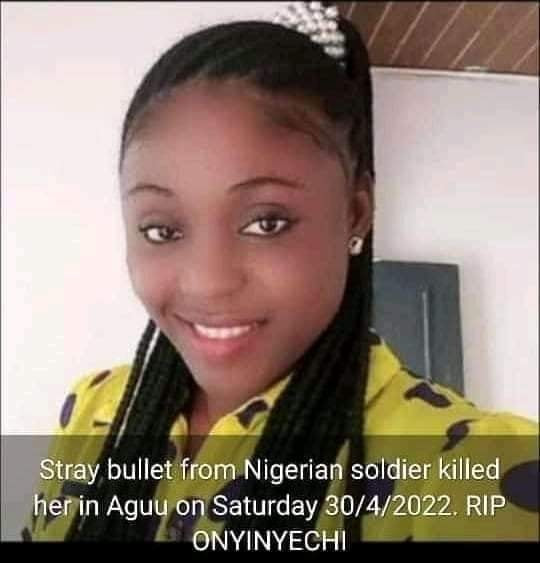 The incident took place at the military post close to the residence of former Minister of Information, late Prof Dora Akunyili.

According to The Nation, the gunmen stormed the place in three different vehicles and opened fire on the security operatives, who quickly returned fire.

In the process, three of the hoodlums were killed and others sustained bullet wounds.

An eyewitness, who spoke with The Nation, said the security operatives fought to repel the hoodlums despite being taken unawares by the gunmen.

“I now respect our security men, they are gallant indeed. I thought those criminals would finish them up but they responded immediately and they ran away with their vehicles” the witness narrated.

“But by then, three of them were already lying on the floor because we were watching them from upstairs.” he added.