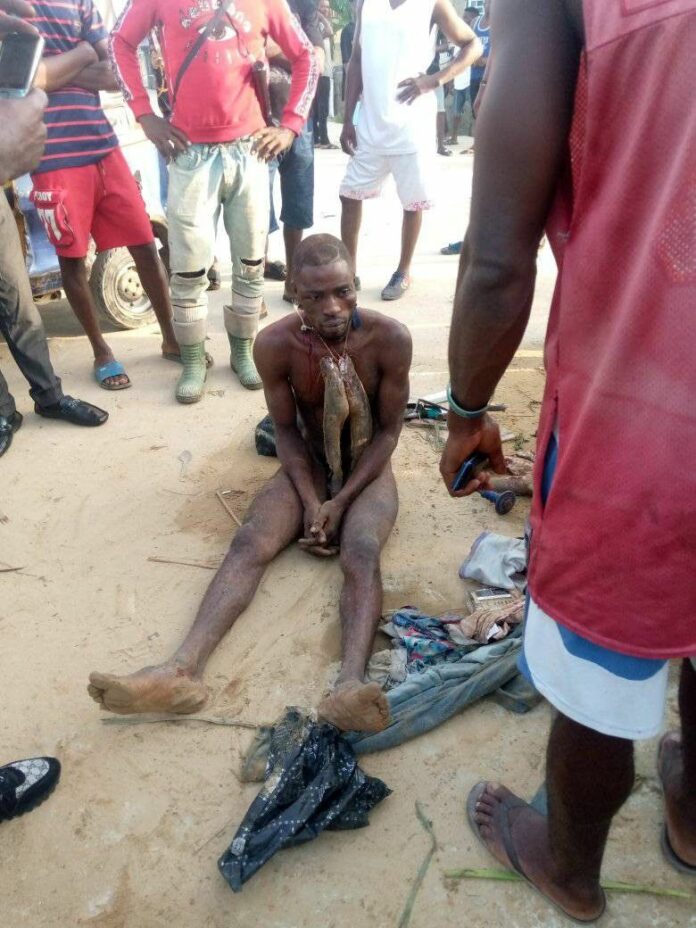 TSB NEWS reports that a suspected thief has been fed a sumptuous meal after he was given the beating of his life by a mob.

It was gathered that the thief was beaten for allegedly stealing catfish from a pond in Yenagoa, Bayelsa State.

The suspect was caught in the early hours of Thursday, May 5, by men of the Kingdom Grace Vigilante group at Oxbow Lake in Swali area of Yenagoa.

According to Facebook user, Ben Agadaga, the suspect who hails from Rivers State confessed to stealing fish from a pond.

Items recovered from him include hammer, chisel, Bible, some catfish, trowel, among others.