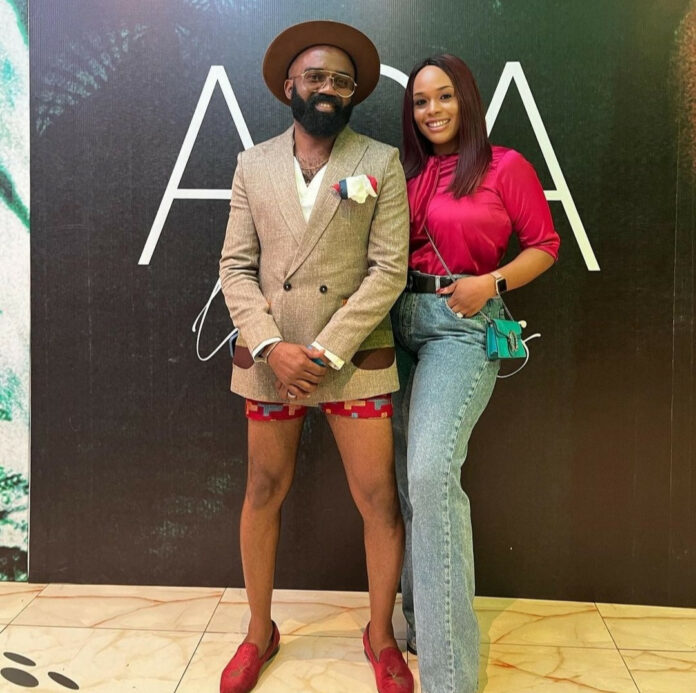 Noble Igwe stepped out with his wife Chioma over the weekend.

The media personality wore shorts for the outing with his wife on Sunday, May 8, 2022. 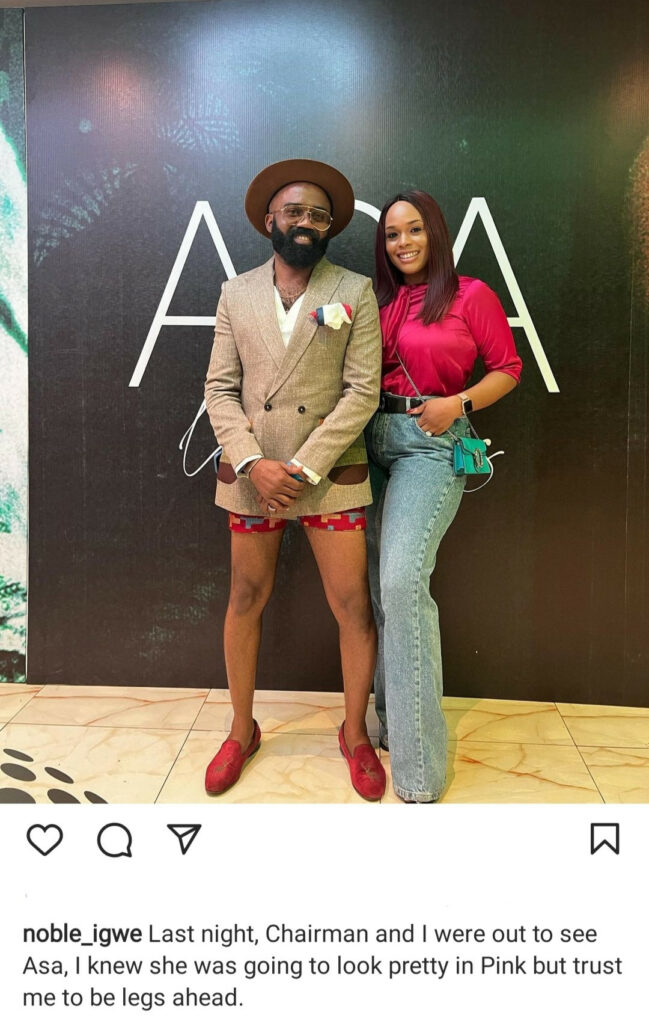 He took to Instagram today to share a photo with the caption: “Last night, Chairman and I were out to see Asa. I knew she was going to look pretty in pink but trust me to be legs ahead.” 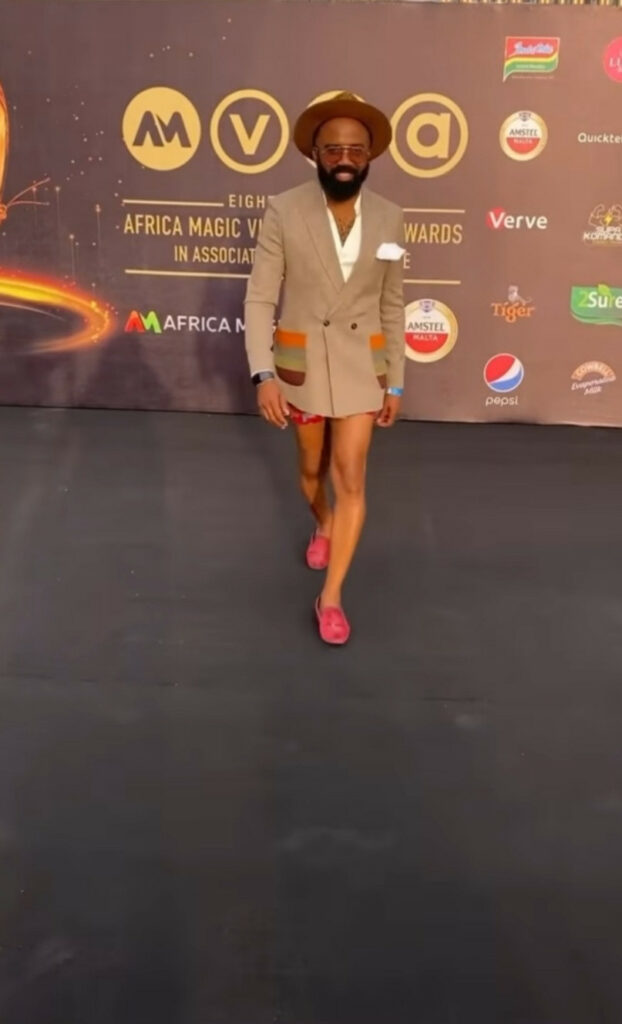