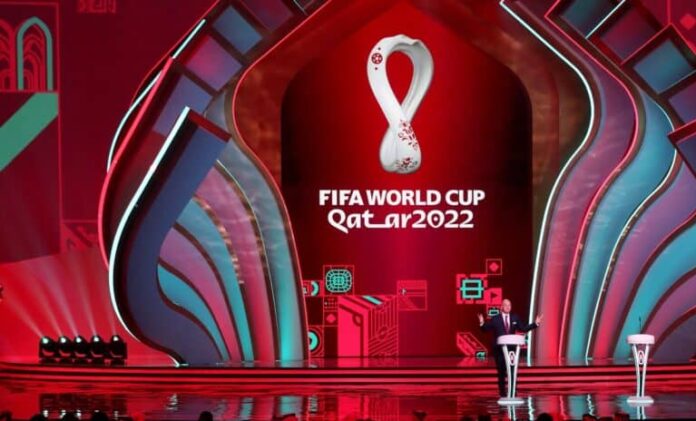 The groups for World Cup 2022 feature a number of intriguing matchups.

Unlike most years, there is not a clear-cut ‘group of death.’ Generally speaking, there tends to be one group that features three or four teams that could contain an outside chance at a deep run in the tournament.

In 2018, Argentina, Croatia, Iceland and Nigeria battled in Group D. Four years prior, Italy, England, Uruguay and Costa Rica had a tight race to make it out of the group.

The groups for World Cup 2022 are well-balanced. Consequently, each game will carry importance as only the top two teams advance after the round-robin three-game first stage.

Groups for World Cup 2022
The groups for the World Cup in Qatar are just about set. Three teams are yet to punch its ticket to the World Cup. A UEFA World Cup qualifying playoff between Ukraine, Scotland and Wales will produce a team in Group B. Then, there are two intercontinental playoffs. Peru plays whichever team advances out of Australia and the United Arab Emirates. Finally, Costa Rica and New Zealand go head-to-head for a spot in Group E.

If anything, the group to keep an eye on is Group F. Belgium and Croatia are both strong sides. Four years ago, Belgium finished third while Croatia were runners-up to France. Canada finished on top of CONCACAF World Cup Qualifying standings and has one of the most promising players in the world, Alphonso Davies.

World Cup Schedule
The groups for the FIFA World Cup 2022 begin their battles on Monday, Nov. 21. In each group, the order is the same. The first matchday has ‘team 3’ play ‘team 4,’ while teams 1 and 2 play each other.

That can be confusing, but World Soccer Talk has the full schedule of World Cup games and how to watch them on U.S. TV and streaming.