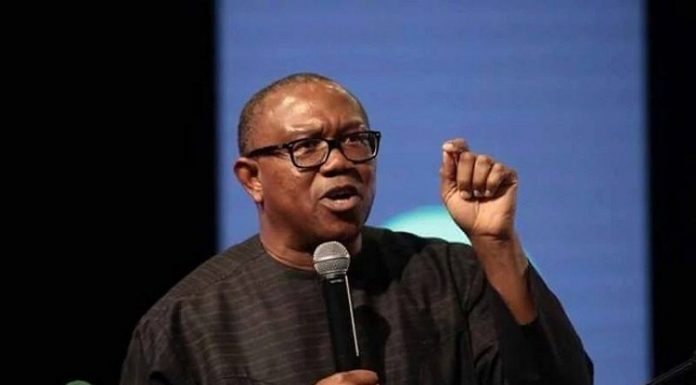 Former Governor of Anambra State, Peter Obi, has explained that “recent developments” within the Peoples Democratic Party were responsible for his resignation from the opposition party and withdrawal from its presidential primary slated for end of May.

Obi was one of the 15 PDP presidential aspirants cleared by the Senator David Mark-led Presidential Screening Committee last month.

However, the ex-governor, in a statement addressed to the PDP National Chairman, Iyorchia Ayu, explained that the recent developments won’t make it possible for him to make “constructive contributions”.

The letter was titled, ‘Resignation From Peoples Democratic Party (PDP) and Withdrawal from the Presidential Contest’.

Obi said, “I am writing to intimate you of my resignation from the Peoples Democratic Party, which was conveyed to the Chairman of Agulu Ward 2. Anaocha LGA Anambra, effective Friday 20 May, 2022. Consequently, I am by this letter informing you of my withdrawal for the PDP Presidential Primaries.

“It has been a great honour to contribute to nation-building efforts through our party. Unfortunately, recent developments within our party make it practically impossible to continue participating and making such constructive contributions.

“Our national challenges are deep-seated and require that we each make profound sacrifices towards rescuing our country. My commitment to rescuing Nigeria remains firm, even if the route differs.

“I wish to thank you personally for your graciousness and leadership. I wish you well and best of luck in the service of the country.”

The party had thrown its presidential ticket open of late attracting rebuke from socio-cultural organisations like the Ohanaeze Ndigbo which maintained that political parties like the PDP and the All Progressives Congress should zone its ticket to the South-East geopolitical zone.