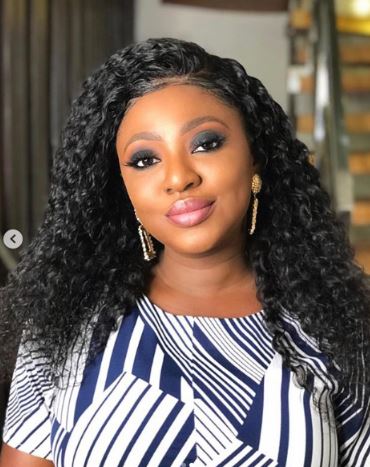 Nollywood actress, Yvonne Jegede has narrated a scary experience she had with robbers.

The actress recounted how she was almost robbed at about 9pm as she was stuck in traffic on the third mainland bridge.

According to Yvonne, the guy jumped from under the bridge and at targeted her car since she was alone.

Luckily for her, the traffic was light, so the guy took off when he realized that the traffic had eased.

Yvonne Jegede called for the bridge at Oworonsoki to be sanitized.

Yvonne Jegede warned her fans to be careful of how they drive at night especially when they are alone.

She wrote, “Last night about 9pm, one guy almost robbed me on 3rd MB. I was lucky the traffic moved a bit so I moved my car and then he took off. Under the bridge at Oworonsoki needs to be sanitized. The guy jump out from under the bridge. They target people driving alone. Be safe guys”.