5 times Davido has engaged in philanthropy

Nigerian music star David Adeleke popularly known as Davido isn’t just one of the biggest stars from Africa but one of the most benevolent of them.

Since his career took center stage in 2012, Davido hasn’t only become a hitmaker but the ‘go-to guy’ by many Nigerians whenever they need help.

We will be highlighting five times the music star doughed out money for people he barely knows.

The birthday largess to 292 orphanages in Nigeria

In 2021 during the build-up to his 29th birthday, Davido took to his social media accounts where he asked his friends to send him money to celebrate the special day. What started off as a joke became one of the most talked-about highlights of the year in the life of a celebrity in Nigeria.

The music star raised N250M in 72 hours from friends and well-wishers. A day later, he announced that he was giving the entire money raised to orphanages across the country. The money was disbursed to 292 orphanage homes in Nigeria.

As they say, it takes only one moment for a person’s life to be changed forever. And that was the case of a certain teenager Suleyman in Ghana whose family couldn’t afford to send him to the university over their financial status.

Interestingly, the young man had an excellent A-level result. His predicament was shared on social media and as usual, Davido was on hand to save the day. He gifted Suleyman a five-year full scholarship at his father’s private university. 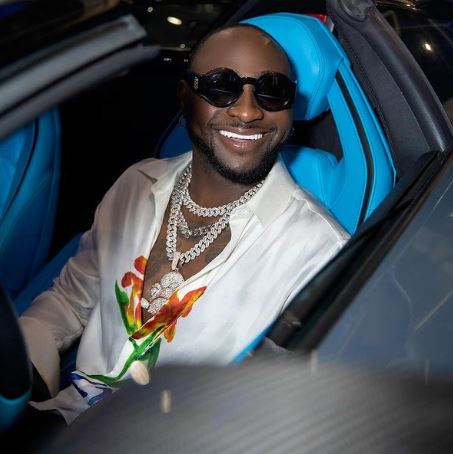 The interesting thing about this particular story is that it was supposed to be a private good deed. In 2018, the singer arrived at the international wing of the Lagos airport when he was met and greeted by some staff of the airport.

They welcomed him with several placards thanking him for singlehandedly sponsoring the surgery of one of their colleagues.

Lucky fan who got a scholarship

The music star has given several people scholarships to various institutions of learning. In 2018, a fan took to Twitter to appeal to him for financial assistance towards his education and he got even more than he bargained for.

Well, in his usual display of how big his heart is, Davido replied to the fan with a life-changing response.

“Dm me ur details .. I’ll call the school to let you begin ❤️,” Davido tweeted.

Celebrities are known for gifting their fans on social media with cash gifts from time to time. However, Davido has always stood out from his peers.

He just doesn’t give cash gifts but sometimes makes these gifts life-changing. One time, the music star gifted a random follower on Twitter with the sum of N1M.