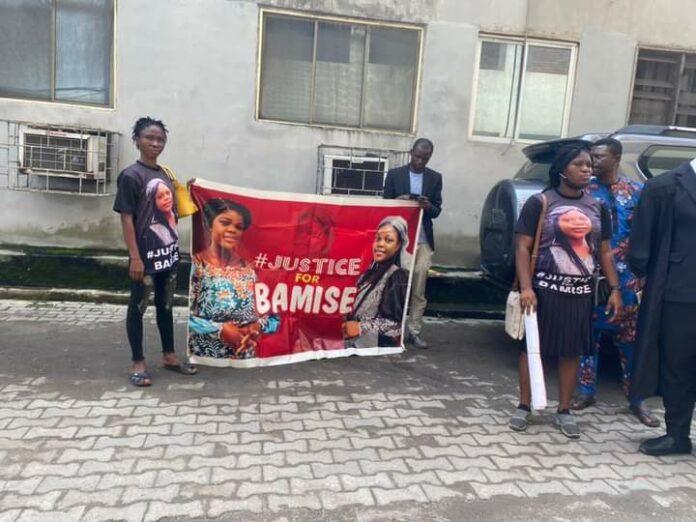 TSB NEWS reports that The trial of Andrew Ominnikoron, the driver of Bus Rapid Transit (BRT) who allegedly raped and murdered a 22-year-old fashion designer, Oluwabamise Ayanwole, was, today, stalled due to the ban of commercial motorcycles popularly known as okada.

Governor Babajide Sanwo-Olu of Lagos State had, on May 18, announced a total ban on the operations of okada in six local government areas in the state with effect from June 1 (today).

Following the development and the planned protest by the Okada riders, the Controller of Prisons Adebisi Adewale, directed a temporary suspension of conveying inmates to various courts in the state due to intelligence and security reports of possible breakdown of law and order during the protest.

At the resumed hearing of the case before Justice Sherifat Sonaike of the Lagos High Court, sitting at Tafawa Balewa Square, the defendant was not produced.

But the Director of Public Prosecutions, Dr Babajide Martins, after announcing his appearance, informed the court that the prisons service did not bring the inmates to court due to security reasons over the Okada ban.

Martins said: “I don’t think the defendant’s counsel, Abayomi Omotubora, is here and the Correctional Service did not bring inmates to court because of the Okada ban and security reasons.

“However, we have three witnesses in court.

“The second prosecution witness (PW2), who needs to finish giving his evidence, and two other witnesses are in court. I humbly request that today’s date be vacated and adjourned to other dates that have already been fixed.”

Following the development, Justice Sonaike, adjourned the case to June 7 and 9, for continuation of trial.

No new Ebola case in DRC – WHO