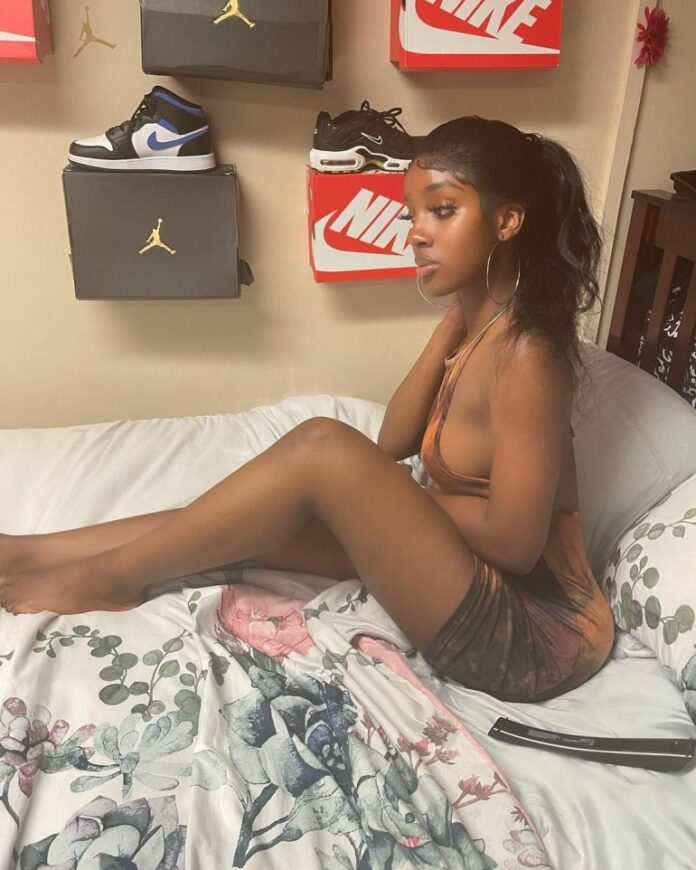 Kelly Bhadie, the popular Togolese TikTok star, has reacted to a leaked tape that social media users claimed involved her.

Last week, a video surfaced and went viral on social media in which a lady with a striking resemblance to Kelly was seen enjoying her moment with a man.

A huge number of users had claimed the lady in the video was the TikTok star.

Reacting to the claims in a recent TikTok video, Kelly said she is unperturbed about what people are saying.

“Idgaf (I don’t give a f**k) what nobody says,” read the caption of her video.

The social media influencer had earlier said she isn’t the one in the viral tape.

As Kelly no come dey Twitter,how she go apologize for her sex tape? pic.twitter.com/q4Oh1Acozr

So Nigerian girls took their jealousy of that Kelly girl so far that they released a sex tape of someone that looked like her and said it was her 😹. What my country girls cannot do does not exist.

Photo Of The Day: Goodluck Biscuits