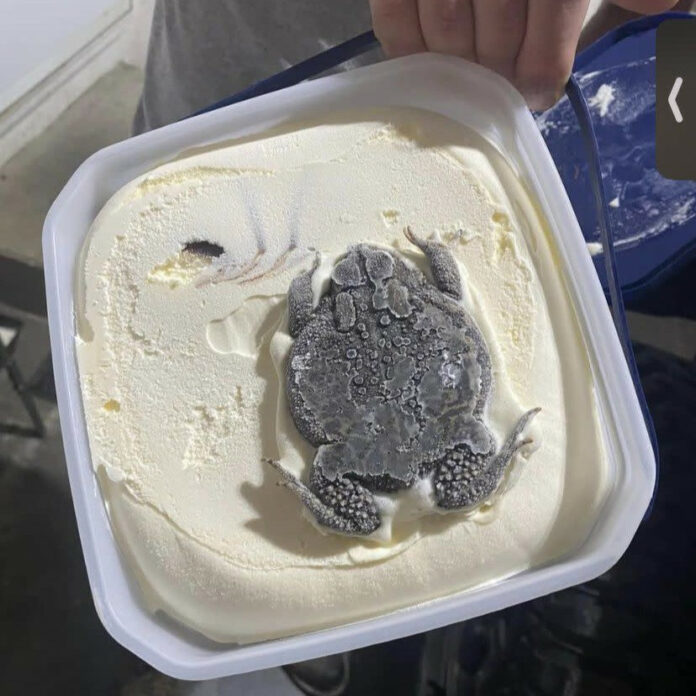 A woman has gone on Facebook to show the huge frog she found in her bowl of ice cream.

Tracy Wiemelt Holtman said she bought Blue Bunny ice cream and it was sealed. However, when it was opened, a frozen frog was found just under the cover.

She said she believes the store bought it from the factory that way because the seal had not been tampered with.

She added that she will return the ice cream to the store. 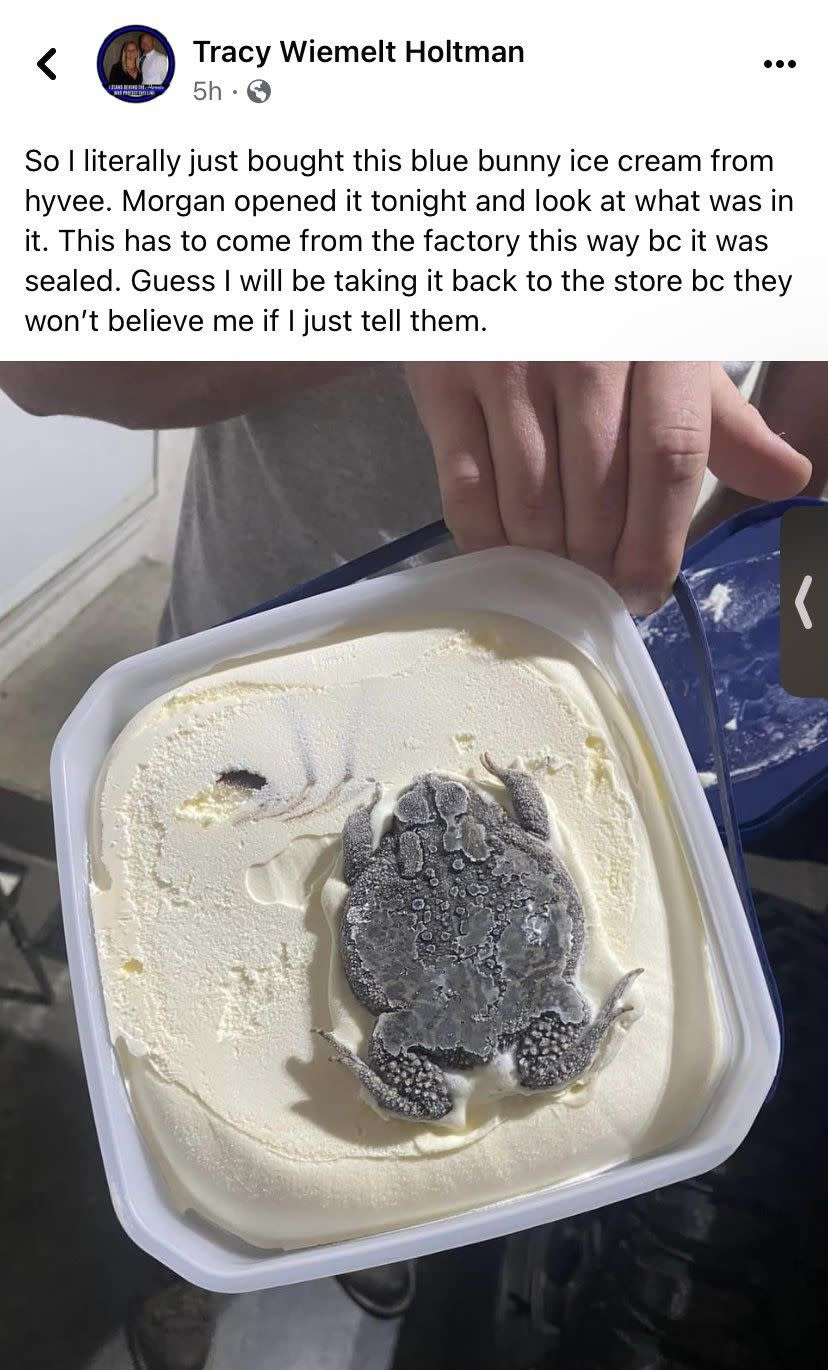