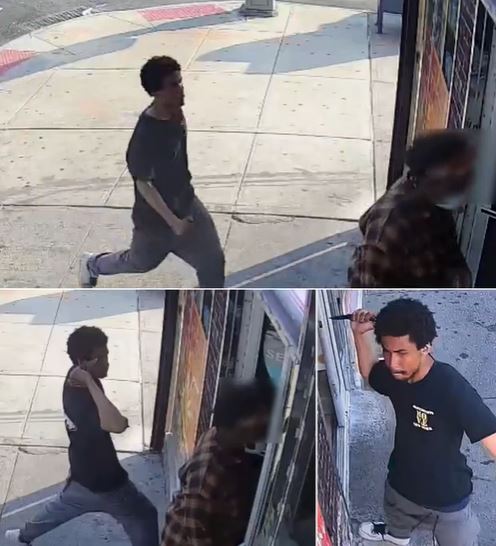 A 16-year-old Brooklyn girl was stabbed in broad daylight while entering a deli, as crime soars in New York City.

Shocking footage from the May 22 incident released by the NYPD on Wednesday shows the teenager entering the Urban Juice Bar & Grill in Brownsville.

A man dressed in gray sweatpants and a black shirt with a white lion in the back can be seen pulling over a knife and stabbing the victim in the left shoulder.

The perpetrator then fled the scene. The girl was taken to Brookdale University Hospital Medical Center and has since been released, the New York Post reported.

The scene comes despite NYC Mayor Eric Adam’s vow to crackdown on crime in the city, which is up nearly 40 percent from the same time last year.

The NYPD is asking the public to contact the crime stoppers line at 1800-577-8477 they have information that could lead to an arrest.

The suspect was described by authorities as medium complexion, about 150 pounds with a thin build, and having black hair and goatee. New Yorkers have been growing weary over the spike in violence and crimes on the city streets and subways. While murders and shootings are down 9 and 6.5 percent respectively from 2021, overall crime in the Big Apple is up 38.42 percent so far in 2022. 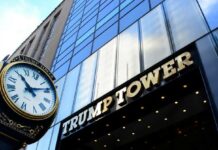