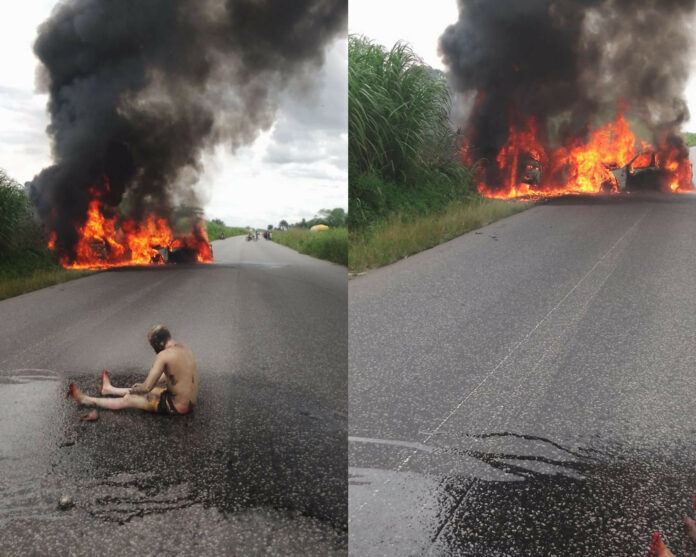 TSB News reports that three persons were burnt to death in a fatal road accident along the East-West Road in Bayelsa State on Monday night, June 20.

Sources said two persons involved in the accident including a Police Constable survived with various degrees of minor injuries.

Eye-witness account attributed the accident to over speeding and loss of control which resulted in an head-on collision.

The Toyota Camry was said to have loaded with petroleum products and triggered a heavy explosion and fire which burnt the victims.

Two males and a female were those confirmed dead while two males survived and were taken to the hospital for treatment. 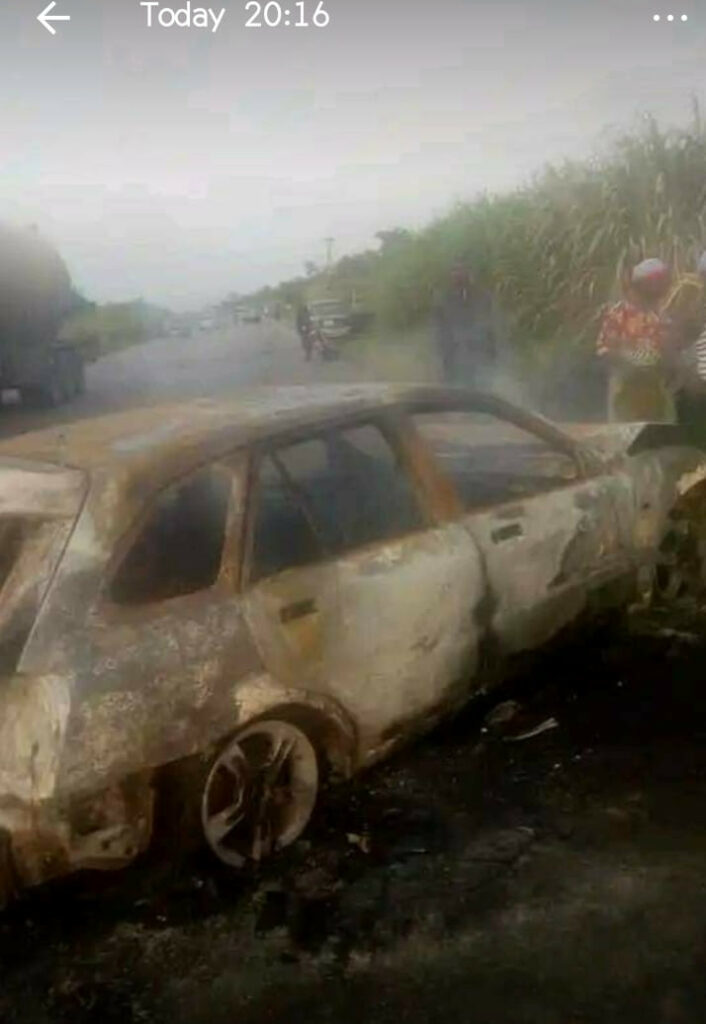 A Senior Officer of the Federal Road Safety Corps (FRSC) in Bayelsa who confirmed the accident said the injured victims were rescued to a hospital at Yenagoa for treatment.

He also disclosed that the accident which caused traffic gridlock on the East/ West road was cleared by officers of the FRSC led by the SO OF Kolokuma/Opokuma.

“The two cars were burnt? and the victims in the Mazda were burnt beyond recognition as the Camry was loaded with adulterated Premium Motor Spirit PMS which sparked the fire. The SO KOLGA with the assistant of other motorists cleared the obstruction on the road for free flow of traffic.” he stated. 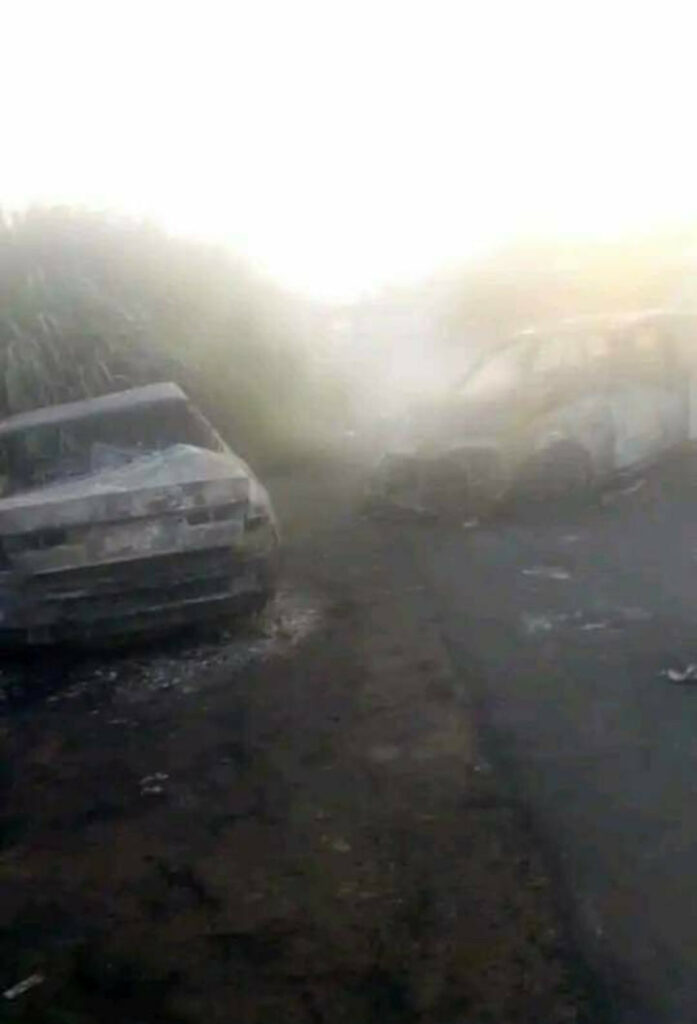 Messi Missing As Nominees For Ballon d’Or 2018 Are Revealed. Full...