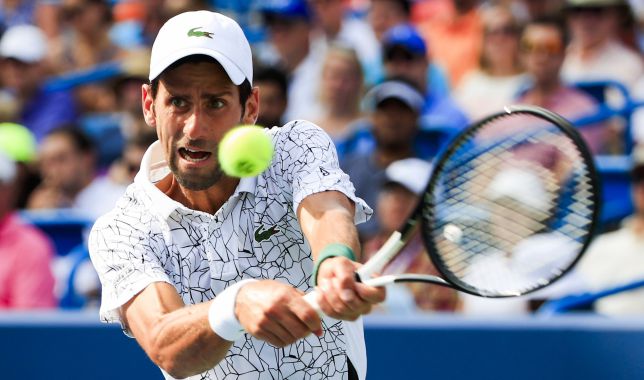 Defending champion Novak Djokovic overcame a scare to notch up his 80th Wimbledon win yesterday with a four-sets victory over Kwon Soon-woo of South Korea.

But the top seed was made to work after falling a break down in the opening two sets against his 81st-ranked opponent – losing the second of those.

Now we have got to 80, let’s get to 100,” said Djokovic, a 20-time Grand Slam title winner. “I didn’t play any lead-up tournaments before Wimbledon so you always feel less comfortable.

“Kwon stays close to the lines, hits clean forehands and backhands so I had to find a way to go through him.

“That meant figuring out tactically how to get control of the points.”

Pictures Of Family Of Six Killed After Attending Matriculation In Ebonyi...