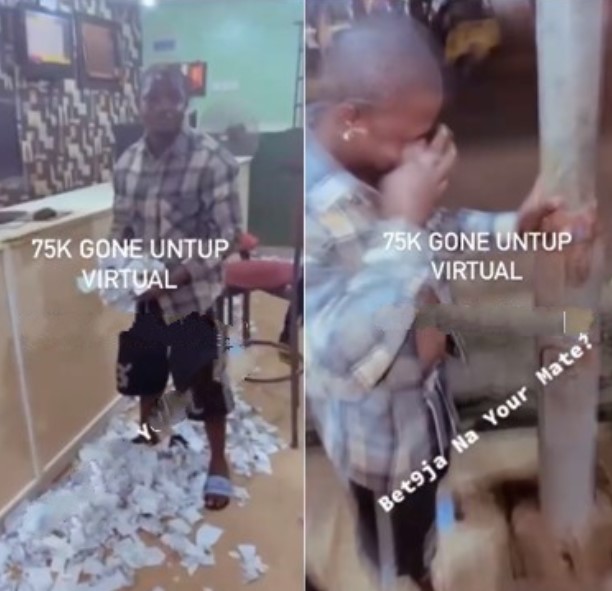 A young man reportedly used N75,000 to stake some odds at a sports betting centre but the result was heartbreaking.

The guy lost the entire money he went with and was left feeling rejected at the centre, so much so that he refused to go home.

In a video posted on social media the lad could be seen holding the heap of tickets which cut and resulted in him losing a total of N75k.

He went outside and stayed at the entrance to the sports betting centre, where he tried to hold back tears and wondered on what to do next.