Nollywood actor Kenneth Okonkwo has resigned his membership from the All Progressive Congress.

In a press statement released, Kenneth who joined the ruling party in July 2018, cited the decision of the ruling party to field a Muslim-Muslim presidential candidate for the 2023 elections as a major reason for his resignation. 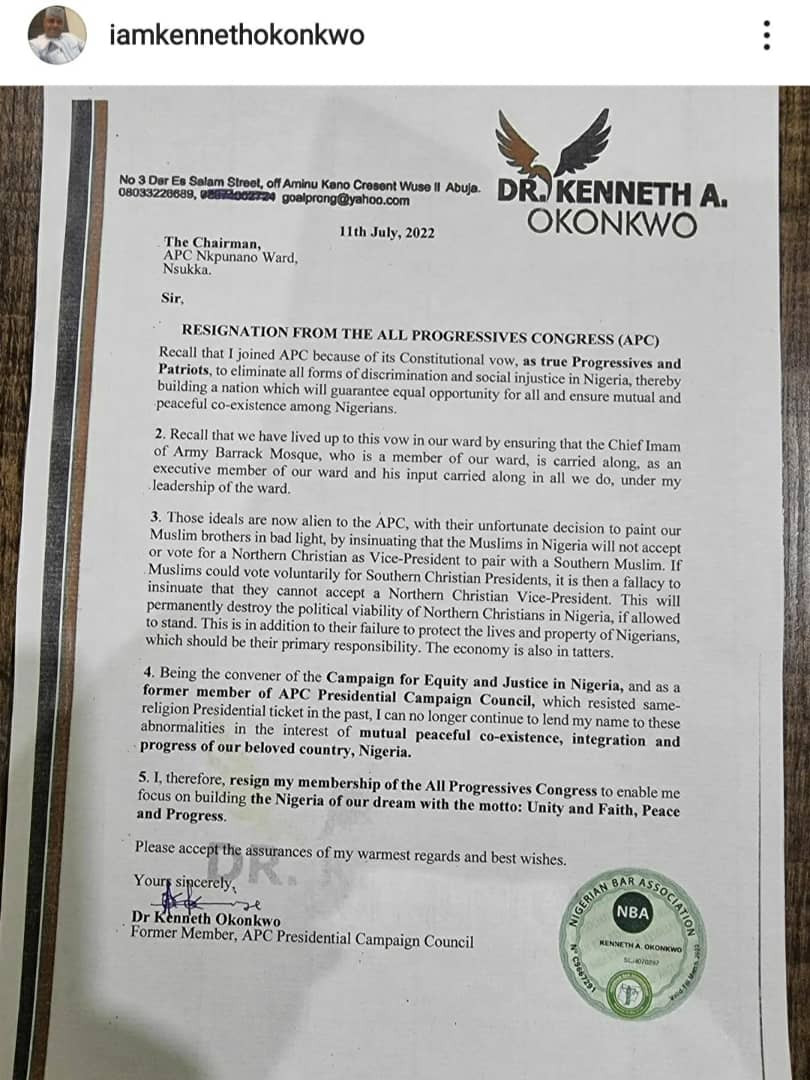