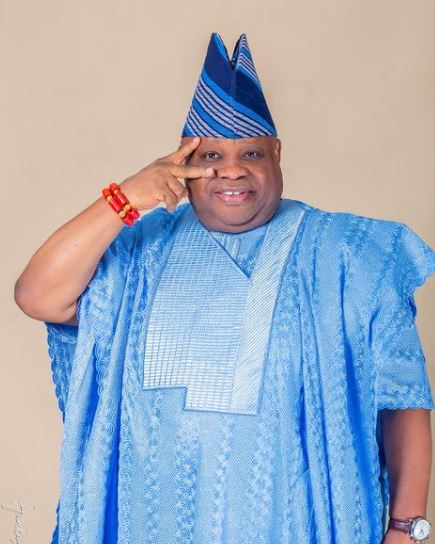 Ademola Nurudeen Jackson Adeleke is a Nigerian politician and businessman, He was a senator that represented the Osun-west senatorial district between 2017 and 2019. He is from the Adeleke family of Ede in Osun State.

He went further at Ede Muslim Grammar School Ede, completing his secondary education before moving to the US to join his two elder brothers. According to Adeleke, he attended Jacksonville State University, Alabama, in the United States, where he studied criminal justice and political science. He later enrolled at Atlanta Metropolitan State College, where he bagged a Bachelor of Science in criminal justice in 2021.

Adeleke was accused of faking his secondary school testimonial and WAEC results in the build-up to his governorship election four years ago. However, the court dismissed the case. The dancing senator is an uncle to Davido, a well-known Nigerian singer.

Adeleke is a father of five including B-Red and uncle to popular musician, Davido

Ademola Adeleke was announced the winner of the Osun State governorship election on 17th July, 2022. He gave thanks to his people on his page, See below:

He has an estimated net worth of $50 million.