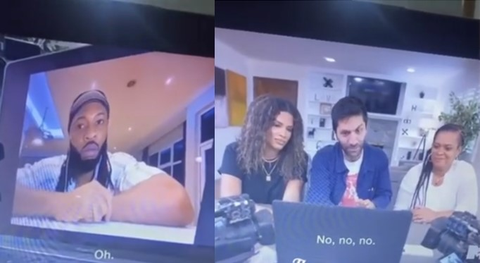 Nigerian singer, Flavour and an American woman have found themselves embroiled in a case of impersonation with the intent to defraud.

A fraudster posed as Flavour to scam American woman named Kimberly and it was only discovered after she featured on MTV show, Catfish.

The host, Nev Schulman called Flavour on video call to confirm if he is the one Kimberly has been chatting with online for about six months and he denied knowing her.

The music star also noted that he has been in similar situations in the past where fans claim to have met him, but he was certain that he does not know them.

A video of the moment Flavour and the catfish team were talking via Zoom is making the rounds online.

I Sold My Daughter’s Child To Reduce Her Burden – Pregnant...