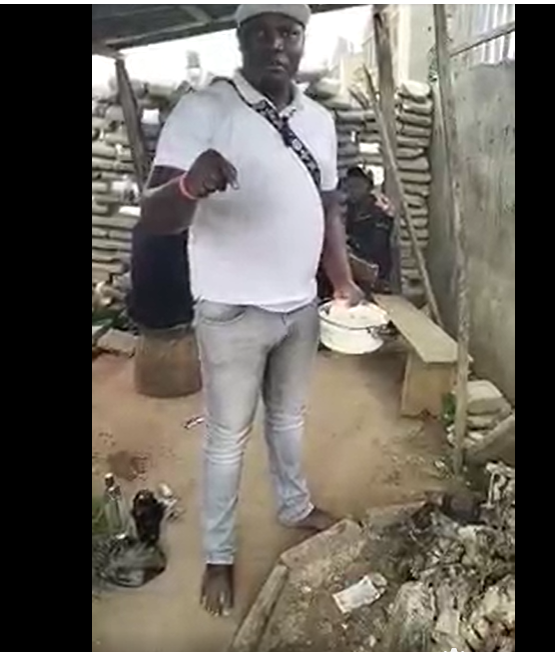 APC Youth Leader Goes To Shrine, Rain Curses On Those Accusing Him Of Taking N6M Bribe From PDP (Video)

A video has captured the moment an All Progressives Congress youth leader headed to the shrine to lay curses on those who accused him of taking N6M from the Adeleke’s to ensure the Peoples Democratic Party’s victory in the just concluded Osun governorship election.

Recall that Ademola Adeleke of the PDP defeated Governor Gboyega Oyetola of the APC to emerge winner of July 16 governorship election in the state.

Facebook user, Familusi Oladele Isaiah who shared a video of the youth leader at the shrine wrote;

This is a Youth Leader in the Osun APC.

He went to Ogun shrine to lay curs*s on those he claimed lied against him that he collected #6,000,000 from the Adeleke Dynasty to result to their loss last week Saturday.

Who is the Messiah to settle the Osun APC Wahala now?

No doubt, the party will exist no more in Osun within the next 1 year. Let’s kobet.”