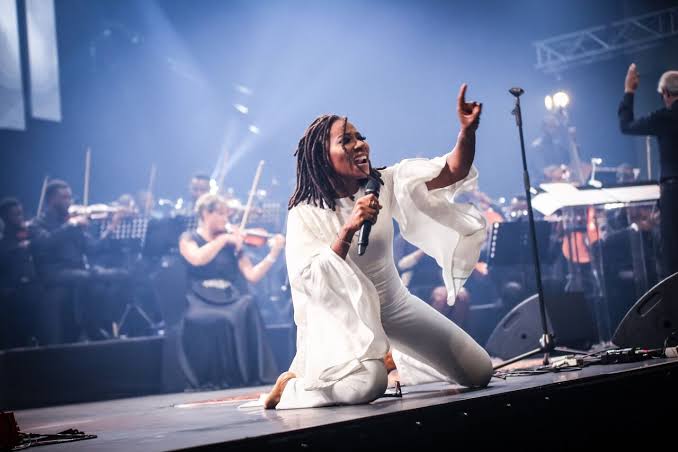 Asa delivered an exceptional performance of her iconic protest song, “Fire of the Mountain” at the relaunch of the Nigerian National Petroleum Corporation (NNPC) today.

President Buhari was in attendance, which is why many people have praised her for her bravery, especially because the song addresses the current plight of many Nigerians under the Buhari administration.

“Damn. I respect this. @Asa_official could have done any song before these murderous cretins but she chose Fire on The Mountain because there is no other way to describe Nigeria right now. It is burning, “and nobody seems to be on the run”. Only they seem too dumb to get it,” said writer Elnathan John in his reaction to the video.