Beyoncé, the Grammy-winning US singer, has put out her highly-anticipated seventh album titled ‘Renaissance: Act 1’.

The music superstar came through with the project on Friday via Columbia Records and Parkwood Entertainment.

The new album embodies 16 tracks, including guest appearances from Grace Jones and Tems on ‘Move’.

In a statement via her website, the singer said: “This three-act project was recorded over three years during the pandemic. A time to be still, but also a time I found to be the most creative.

“Creating this album allowed me a place to dream and to find escape during a scary time for the world.

“It allowed me to feel free and adventurous in a time when little else was moving.

“My intention was to create a safe place, a place without judgment. A place to be free of perfectionism and overthinking. A place to scream, release, feel freedom. It was a beautiful journey of exploration.” 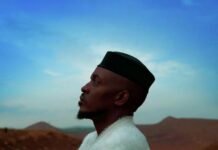