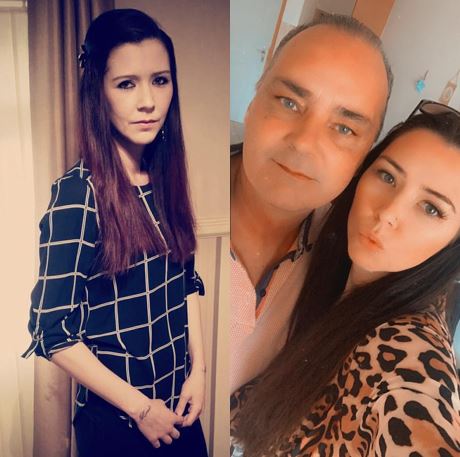 A British father arrested on the Greek holiday island of Crete and accused of raping his own daughter has been released after DNA tests proved he did not carry out the attack, local media has claimed.

Tammi Forsythe – who waived her anonymity to MailOnline in order speak out about police failings in the case – told officers she had been attacked on an abandoned beach in the town of Malia on June 9.

Detectives examined CCTV evidence from a bar where the 33-year-old had been drinking with father Philip, 62, the same night, then sensationally arrested him and accused him of carrying out the attack.

But DNA samples taken from Tammi as evidence do not match samples supplied by Mr Forsythe, according to Greek news site Protothema.

The stunning development – which Tammi insisted would turn out to be the case – means Mr Forsythe should be free from jail and free to return to the UK.

Tammi and her father had maintained throughout the investigation that he could not have attacked her, and have slammed police over their handling of the case.

It is just the latest high-profile rape case involving a Briton to be bungled by Greek cops, after a woman who accused a group of men of gang-raping her in Cyprus in 2019 was herself arrested and prosecuted for wasting police time. 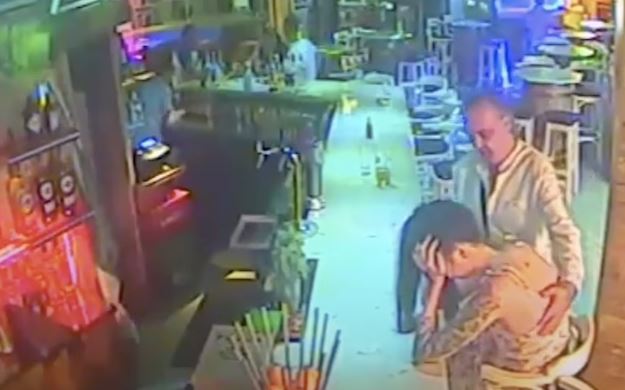 Tammi, a mother-of-four, previously told MailOnline: ‘It’s not an easy thing for me to come out publicly as a rape victim but the world needs to know how me, and my father are suffering.

‘He is 100% innocent, he did not rape me. The Greek police have treated us appallingly.

‘As far as they are concerned, this is just a case of a drunken Brit on holiday who got raped. If we were Greek citizens, we would not have been treated like this.’

She added: ‘The police made up their minds from the start that my father was guilty and have not done anything about finding the real rapist. The time has come for me to speak out so that we can get justice.’

Mr Forsythe was arrested on June 11, two days after Tammi reported being raped while on a boozy night out with him along the main strip in the tourist town of Malia, which is lined with rowdy bars and night clubs popular with Brits.

He is currently being held in a prison in the city of Tripoli on the Greek mainland and is awaiting the results of DNA tests.

Mr Forsythe has denied committing the rape and has been told by Greek prosecutors that he will either face trial within 18 months or could be released depending on the outcome of the results. Under Greek law, he has only been informally charged with the crime.

Tammi, who lives with her father in Hull, revealed that she is still in Crete, where she has been speaking to him on the phone each day.

She cried: ‘I only get to speak to him for a few minutes. He’s in a terrible state psychologically and doesn’t understand why this has happened because he’s not done anything wrong.

‘My father suffers from diabetes and a number of other serious medical issues. He’s not eaten properly for five days and is close to having a breakdown. I’m really worried that this whole thing might kill him.’

Tammi revealed that she fears she might be pregnant following the attack. She is the mother of three sons, aged 12, 10 and five and a daughter, 15 and is separated from their father.

Tammi said: ‘This holiday has turned into a horror movie. I’m really suffering with stress and anxiety which has only got worse because I’m feeling a bit sick and have missed my period. I’m usually very regular and it’s not like me.

‘I’m 60% sure that I’m pregnant. I’ve been told by the British Consulate that I need to go to a medical clinic to have a blood test, but I’ve been suffering from such bad panic attacks that I need someone to accompany me. But I’m here on my own and have got nobody to help me.’ 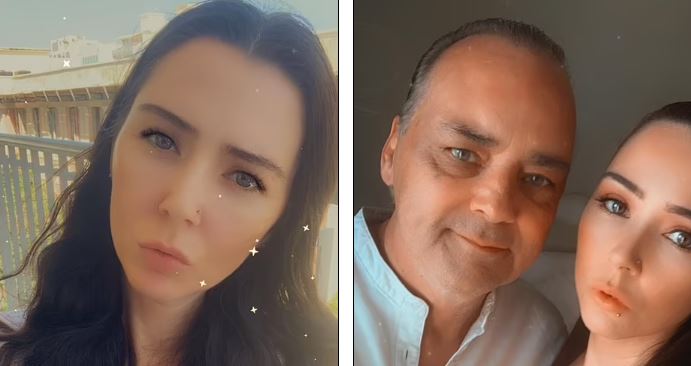 Tammi was on holiday with her father to celebrate his birthday and it was their first time abroad together following the lifting of Covid travel restrictions. They were due to return to the UK on June 19.

Referring to the DNA test, Tammi said: ‘We were promised that this would be a priority, but that’s not proved to be the case. I’ve not been given any information about when we will get the results. The Greek authorities just don’t seem to care. As far as they are concerned, they have got their man and my father can rot in prison.’