Chioma Good Hair’s Birthday Shoot Is Out Of This World

With the success of Real Housewives of Lagos, Chioma “Ikokwu” Good Hair is basking in euphoria .

For her birthday, she took seven pictures in seven different outfits, and the theme of the shoot must have been, ‘out of this world’.

For this first look, Chioma looks like melting gold that is somehow on fire.

The designer of this masterpiece is Weizhhurm Franklyn, known for artistic designs and expressions, we need to give him his flowers for an exceptional work done.

Quick question, did he use actual metal?

If the first look was gold, the theme of the next look is silver. Channelling the moon goddess, Chioma sought the help of Erica Moore Brand to create this breast-plated gown. The creativity put into it is simply mind-blowing.

Sitting on a white horse with the dark skylight as a background, Chioma channelled her inner Beyonce or did Beyonce channel Chioma? Either way, that hat was certainly giving!

What’s a birthday photoshoot without a beach photo? Chioma wore a gown that mirrored the waves. A1+ for creativity.

Which is your favorite of them all? 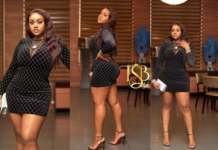 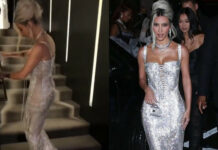 Avoid These Guys For Your Own GoodZUMI