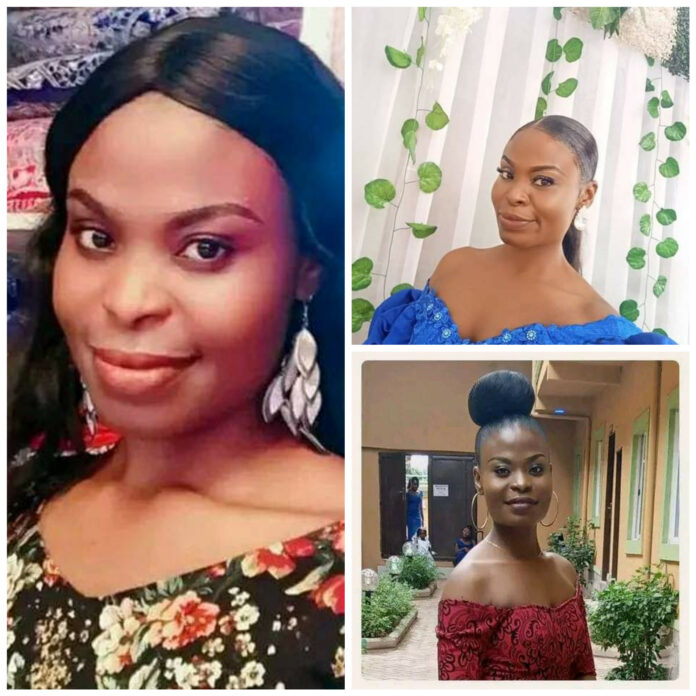 A member of the National Youth Service Corps (NYSC) Chioma Eunice Igweike, who was allegedly abducted has been found dead with vital parts of her body missing.

Details of the incident are still sketchy at the time of filing this report but it was gathered that the deceased left her house on Wednesday, July, 20, 2022, for the three weeks orientation course at the Ogun State NYSC camp.

According to friends and former coursemates, the Federal Polytechnic Oko graduate was kidnapped and killed by suspected ritialists.