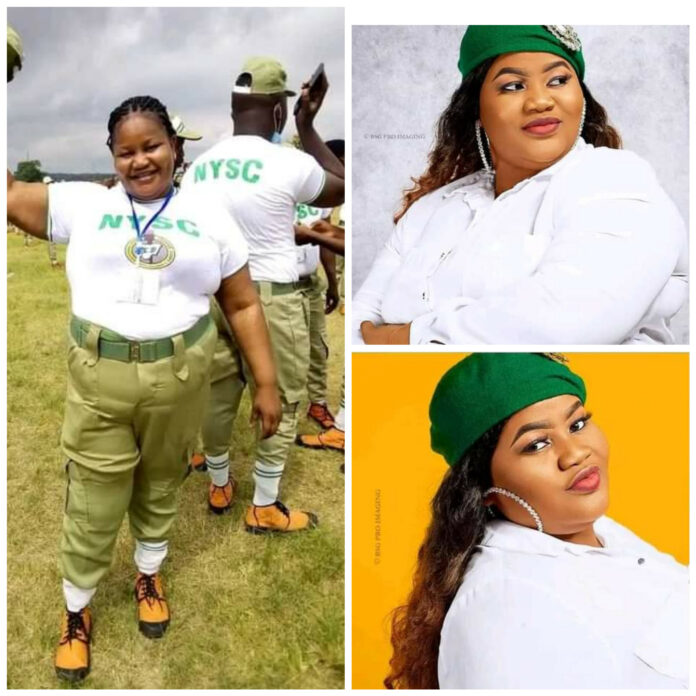 Corps member, Medara Ikpoto who died in Osun few days after announcing the death of her mother

A member of the National Youth Service Corps (NYSC) identified as Medara Ikpoto, has died in Osun State after completing her three weeks orientation course at the NYSC camp.

It was gathered that the deceased was rushed to the hospital on Friday, July 15, after complaining of body weakness and passed on later.

The Mass Communication graduate of the Akwa Ibom State Polytechnic had on July 7, 2022, announced the death of her mother.

“Today would had been my best and happiest day ever on Earth, the day have been waiting for all my life, the day we both been waiting for, all the pictures we both planned to snapped, all the outing and flexing for the sacrifice of love, care and all your support in my acedamic pursuit, what now happens to all the promises we made to each other,” the deceased corps member wrote.

“We made promised to each other that u will be d first person I will see once I’m back from NYSC CAMP so we take pictures together and celebrate. Even with ur little business, you gave me the best life I ever desired, always happy when I remember that I’m a graduate from a garri seller! That u have produce the best and latest graduates from your womb but all these promises and plans aren’t fulfill. I ‘m really heart broken now”

Meanwhile, friends, colleagues and former course mates have taken to Facebook to mourn her. One Omega Patrick described her as a smart, hardworking, business minded, industrious lady. ‘When I Look In The mirror, My Scars No Longer Upset...