Super Falcons and Barcelona Femeni star Asisat Oshoala was the only winner from Nigeria at the Award ceremony. The 27-year-old Oshoala made history to win her fifth Women’s Player of the Year Award at the ceremony. 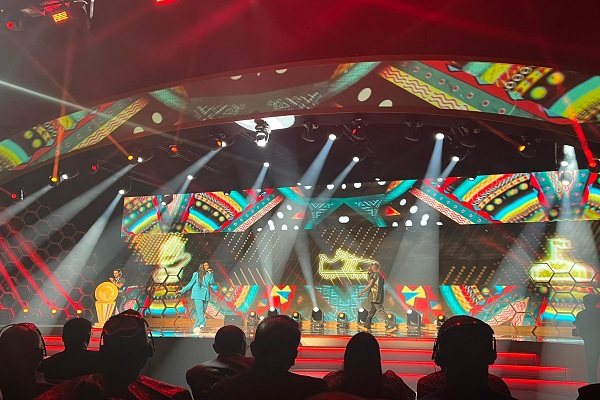 Oshoala, crowned queen of African football, was praised for her achievement with a Nigerian contingent present at the ceremony. There were several Nigerians in attendance at the ceremony that took place at the Mohammed VI Technical Center.

African football royalty were all present in the North African kingdom where several Nigerians stood out. Oshoala received her award and also posed along with CAF President Patrick Motsepe and Men’s Player of the Year Sadio Mane.

The legendary Jay-Jay Okocha from every single angle. 👌

Adebayor teamed up with Nigerian singer, songwriter and record producer David Adedeji Adeleke, popularly known as Davido to present an award at the ceremony. Despite Oshoala being the only Nigerian to win in 13 different categories, the Nigerian flavor was present at the CAF Awards.