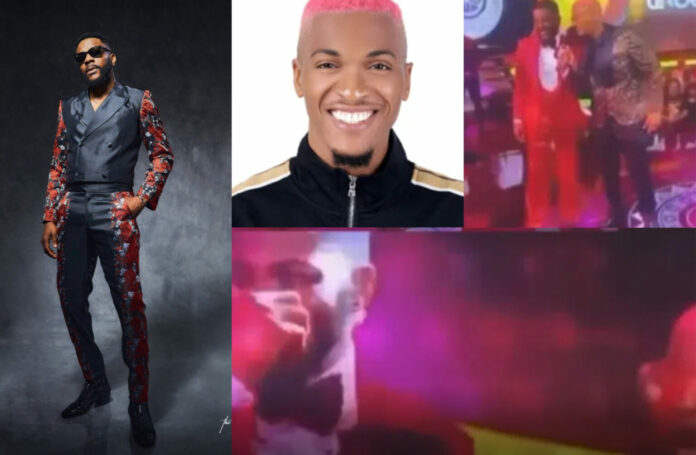 Tsbnews recalls during the unveiling of the first set of housemates for Big Brother Naija season 7, Groovy had caused a stir online when Ebuka had to hold his nose while talking with him.

According to the news which made rounds, the reality star’s mouth was smelling, and as such Ebuka had to move back to catch his breath.

Finally speaking out, Ebuka set the records straight that he was only scratching his nose.

He told Nigerians to allow the reality star to rest. 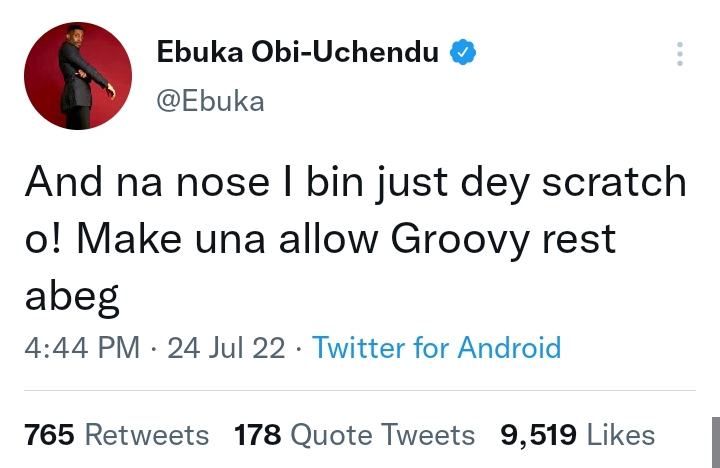