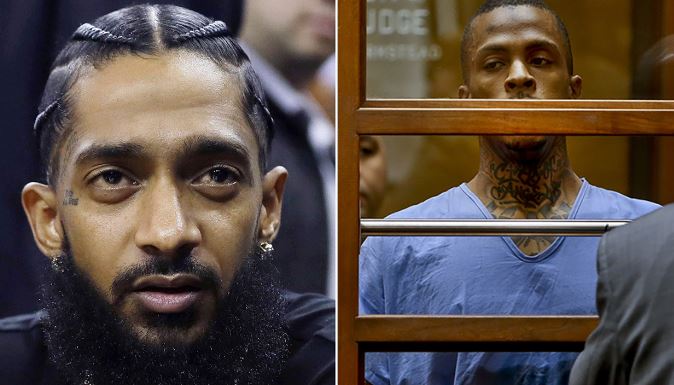 Eric Holder Jr, the man who shot and killed Grammy-nominated rapper Nipsey Hussle, has been convicted of first-degree murder.

Hussle, born Ermias Asghedom, was fatally shot outside of his Los Angeles clothing store in March 2019. He was 33.

The deputy district attorney said the pair, along with two of Hussle’s friends, had a “cool conversation” with Holder prior to the attack, noting Hussle didn’t have any security with him when he visited his store.

However, prosecutors had a hard time getting witnesses to testify. One police official attributed their reluctance to a fear of being seen as a snitch, according to the AP.

Last week, Holder was attacked by “multiple individuals” in jail. He was allegedly cut by a razor and taken to the hospital, where he received an MRI and staples in the back of his head, Jansen said.

On Wednesday, July 6, a jury of nine women and three men decided Eric Ronald Holder Jr. acted with premeditation when he opened fire on the musician with a black semiautomatic in one hand and a silver revolver in the other during an afternoon ambush at a strip mall parking lot.

Tacha replies a troll who says her money comes from married...