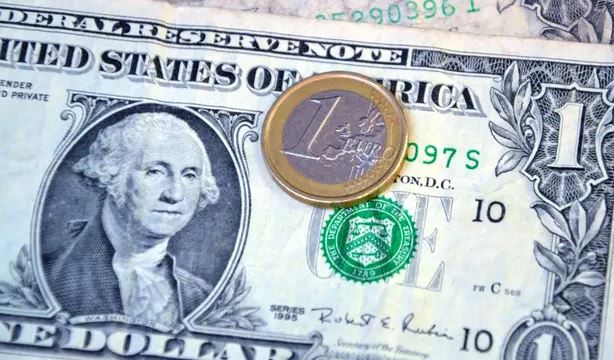 The euro is on the brink of parity with the dollar as investors fear that an energy crisis will plunge the region’s economy into recession.

The single currency fell to just $1.0003 on Tuesday morning, pushed lower by worries that the scheduled shutdown of the Nord Stream 1 pipeline – which transports natural gas from Russia to Europe – for maintenance could be made permanent.

Russia’s invasion of Ukraine in late February has triggered fears over Europe’s energy supply and hurt the region’s economies, pushing the euro 12% lower against the US dollar so far this year.

The euro is also being hit by expectations of further aggressive interest rate rises by the US Federal Reserve, which are driving the dollar higher.

Analysts at the Japanese bank Mizuho said the move towards euro-dollar parity was happening as “recession in the eurozone is priced in”.

Neil Wilson, the chief market analyst at the trading platform Markets.com, said: “The euro neared parity with the dollar for the first time since 2002. It’s been on the slide for months but the euro took a fresh low as fears mount Russia could cut off gas supplies to Europe this winter. French economy and finance minister Bruno Le Maire warned over the weekend that there is a strong chance Moscow pulls the plug. This is further stoking recession fears in the bloc and the currency just cannot catch a bid.”

Wilson said it was time for the European Central Bank to take decisive action.

“The ECB is fiddling while the currency burns, causing worse inflation and more misery for the population,” he added. “Time for an emergency inter-meeting hike to show they are serious – the market just doesn’t believe in the ECB any more. Inflation above 8% and interest rates remain negative … it’s madness.”