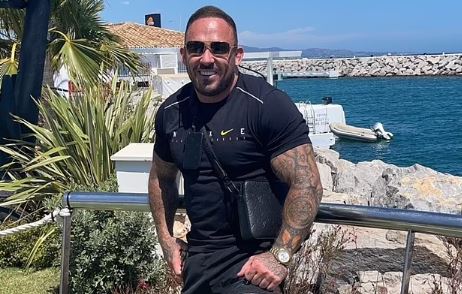 A father-of-two who led a jetset lifestyle with £100,000 dirty cash from his family’s cocaine racket has been found murdered at his home.

Thomas Campbell, 38, was found dead at a smart £330,000 townhouse in Tameside after police were called following concerns for his welfare.

The victim’s cause of death is not yet publicly known but Greater Manchester Police confirmed a murder inquiry had been launched and said he may have been deliberately targeted by his killer.

Jobless Campbell was jailed for two years in 2019 for concealing criminal property after he and wife Coleen who worked part time for the budget department store chain Matalan went on trips to Cancun in Mexico, Sharm El Sheikh, in Egypt, Gran Canaria, Majorca and Bulgaria.

The murder investigation began at 10.30am on Sunday, July 3, after police were called out over the concern for the welfare of a man at an address on Riverside, Mossley. Officers attended and discovered Campbell’s body inside.

Senior Investigating Officer, Detective Superintendent Jamie Daniels, said: ‘Following the initial stages of our investigation we now know that there are suspicious circumstances surrounding the death of this man and believe this may have been a targeted attack. 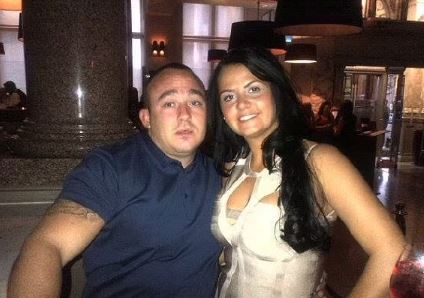 ‘While this enquiry is very much in its infancy and we are keeping an open mind, we would appeal to anyone with any information whatsoever to come forward and speak to the police.

‘This man was someone’s son, someone’s partner, someone’s brother, someone’s father and we are determined to do all we can to find out who is responsible and bring them to justice.

‘There will be an increase in officers in the local area while our investigation progresses.’

‘Our thoughts are very much with the family who are understandably distressed and wanting answers,’ he said.

‘A team of detectives have been working around the clock to find those responsible in what we believe at this time to have been a targeted attack.

‘A number of lines of enquiry are still being carried out but I would ask anyone with information to come forward — no matter how small it may seem.’

In a post of social media this week Mrs Campbell, 37, said balloons were due to be released into the air as a tribute to her husband and she added: ‘I would like to thank everyone for the messages and calls we have received, I’m sorry I haven’t answered everyone, my concern is my children at this very sad time I’m staying off social media for the next few days — I hope everyone understands.’