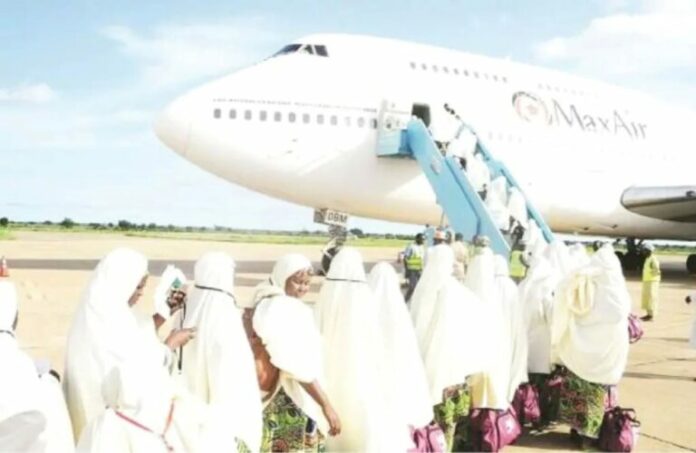 Seven intending pilgrims from Kano State have been deported from Saudi Arabia over fake visas.

The pilgrims who departed to Jidda on Thursday for hajj were sent back from the King Abdulazeez Airport.

It was gathered that five of the deported pilgrims travelled through tour operators, while the two others were from the Kano State Pilgrims Welfare Board.

Speaking with Daily Trust, one of the deported pilgrims, Dahiru Yau Musa, said that he secured his visa through the Quraish Travel Agency, while the remaining four got theirs from Mafimishkila Travel and Tours.

We were in the queue with other pilgrims, and when it was my turn, they directed me to stay behind. It was when they finished the screening of other pilgrims, they told me about the fake visa.

They spoke with NAHCON officials. It took them some time trying to resolve the issue, but all to no avail. At the end, we were told that we were being taken back to Nigeria. And the rest is history now,” he narrated.

Dahiru added that “It was really a sad experience. I couldn’t believe it will happen to me. You know, as Muslim to see yourself there (Holy Land) and you were taken back to your country is not something easy to comprehend.”

Dahiru vowed to take legal action against the tour operator.

“Since I returned, my tour operator was looking for me to meet with me, but I am avoiding him because I don’t want to hear anything from him until we get to the court.

“Again, I will take the issue to Saudi Consulate here so that I can be cleared for future travel,” he added.

The Executive Secretary of the Kano State Pilgrims Welfare Board, Alhaji Muhammad Abba Danbatta, who confirmed the incident, said the two deported pilgrims were not from the board but were infiltrated into the list by one of the staff members.

“When I heard the incident around 2:00 am, I rushed to the airport and met with the two pilgrims, one female and a male who claimed to be from our Sumaila centre.

“I called the Sumaila centre officer but he doesn’t know them and they did not know him. It was when we carried out a thorough investigation we found out that the two pilgrims were deceived by one of our staff members by name Abdurrahman. He issued fake visas as well as receipts to them,” he said.

Danbatta added that “As I am talking to you now we are yet to meet with the accused staff as he couldn’t be reached on his mobile phone.

“But the case has been handed over to the Immigration for further investigation. I am assuring you that if he is found guilty he will definitely face the wrath of law accordingly.”