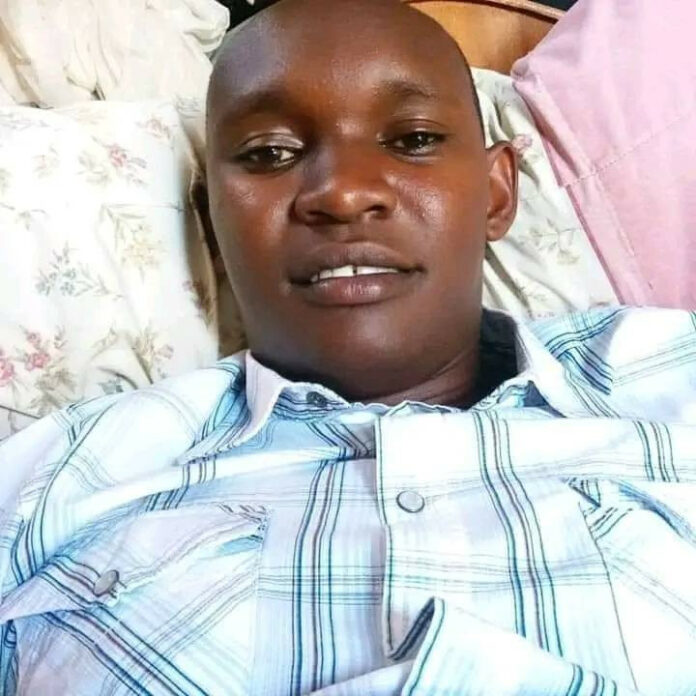 How Cyndy Trinic stabbed her husband, Charles Okoth, to death over text messages

Police in Kenya have arrested a woman who allegedly stabbed her husband to death during a fight over a mobile phone at a bar in Homa Bay county.

The suspect, Cyndy Trinic, was arrested on Wednesday afternoon, July 13, after killing her 31-year-old husband identified as Charles Okoth Onyango.

Onyango was an employee of the county government of Homa Bay. He died at the scene after being seriously wounded on the chest.

According to witnesses, the deceased walked to the bar located along Homa Bay-Kendu Bay Road and ordered some drinks.

He was seated alone at a corner when a woman later joined him before she started drinking as well. It turned out that it was his wife.

As both were drinking, an argument ensued between them. It is alleged that the suspect was asking for Onyango’s mobile phone. Her intention was to read text messages that the deceased had been receiving.

But Onyango is reported to have declined to let go of this phone and instead began faulting the suspect for questioning him.

What started as a simple conversation between the couple later turned out to be a quarrel that attracted the attention of other people who were not interested in listening to their row.

Homa Bay town location Chief Joshua Ochogo, who confirmed the incident said the couple was acting under the influence of alcohol.

“They were drunk and their actions were controlled by alcohol,” he said.

At the time the argument got to its peak, the woman withdrew a knife and stabbed Onyango on the chest.

She had carried the knife in her handbag and appeared to have been prepared to kill.

Mr Ochogo said the suspect stabbed the deceased once before he collapsed and died.

“The suspect is in custody as investigators look into what led to their disagreement,” he said.

The body of the deceased was taken to Homa Bay County teaching and referral hospital mortuary.

Bible remains intact as fire destroys car and everything inside it...