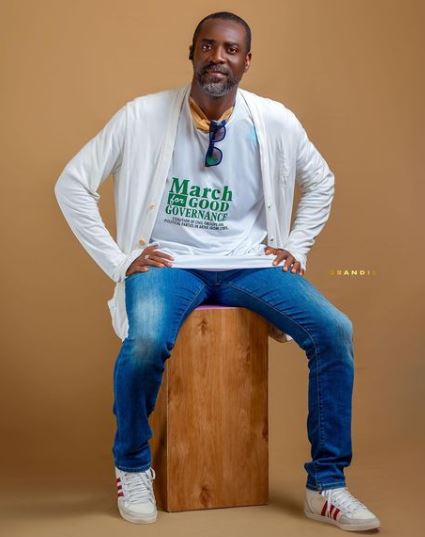 Iboro Otu is a dedicated and talented Music Engineer with a huge passion for his craft and politician.

The ‘Real Housewives of Lagos’ star was born to a Scottish father and a Nigerian mother. He wrote on Instagram; “At a time where credible and effective leadership is in dire need in this part of the world, I spent the whole of my past months searching and researching to find the right individual for the job, one that would help in the great work of moving a vast majority of our people from abject poverty to inclusive prosperity.

“I found this candidate in Chief Mrs Caroline Uduak Danjuma. An Eket businesswoman and philanthropist who has won the world in her line of endeavour.”

A statement from the party suggests that Ms Caroline was picked based on the need to provide equal rights to women in politics.

“Women should not request for a particular percentage in governance; our party AAC believes in equal rights between women and men. What a man can do, a woman would do better,” AAC’s statement reads.

Mr Otu, the chairperson of ALERT Africa, in an interview with PREMIUM TIMES, defended the choice of Ms Danjuma as his running mate.

He said Ms Danjuma is popular in Akwa Ibom, and the party has lined up radio interviews and town hall meetings to help “put the name to the face” of people who may not know his running mate.

“She’s bringing a lot to the table; she is a lover of education and an advocate for women,” he said.

Mr Otu said the AAC is popular at the national level, especially with the party’s presidential candidate, Mr Sowore, “doing a great job in the fighting against injustice”.