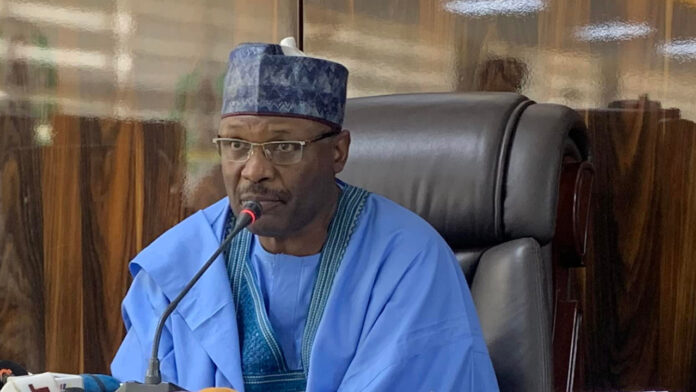 Nigeria’s electoral body, INEC, has reacted to the allegation of its reluctance to issue a certificate of return to Ademola Adeleke, the Osun State governor-elect.

Popular musician, David Adeleke, aka Davido, made the allegation on his Twitter handle on Tuesday.

The singer, who is the nephew of the governor-elect, asked why INEC had not presented his uncle with the certificate 48 hours after the election.

Mr Adeleke, who contested the July 16 election on the ticket of the Peoples Democratic Party (PDP), polled 403,371 votes to defeat the incumbent governor, Gboyega Oyetola, of the All Progressives Congress (APC), who scored 375,027 votes and 13 other candidates.

Apparently afraid that INEC could subvert the will of the people, Davido wrote: “48hrs after our @AAdeleke_01 victory at the Osun Gubernatorial elections, we are yet to receive our certificate.

@inecnigeria should we send you fuel money? LOL

“Please no one should tamper with the will of the Osun People!

“Issue the certificate as required by Law! 💡.”

Without specifically mentioning the musician’s name, the commission, in its response, urged those questioning its will to do the needful on the Osun poll to get familiar with the Electoral Act.

INEC spokesperson, Festus Okoye, explained that the commission has a window of 14 days to present the certificate to the winner and that it has no intention of going against that.

“Those that intervene and play roles in the electoral process should try to have basic knowledge of the constitutive legal instruments that guide and regulate the conduct of elections.

“The Commission is a public trust and a creation of the Constitution and the law and must be seen to respond to public demands for transparency and openness.

“The Commission will continue to uphold the basic tenets of transparency, openness and inclusivity in the conduct of elections and the delivery of electoral services.

“The Commission is not a political party and will not be swayed by partisan political interests. Section 72 of the Electoral Act 2022 provides that a sealed certificate of return at an election in the prescribed form shall be issued within 14 days to every candidate who has been returned by the Returning Officer in an election under the Act,” he said.