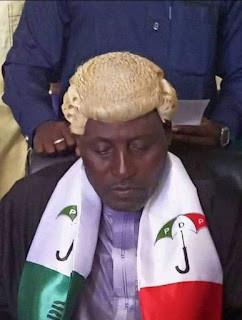 Ishaya Bakano Biography – Age, Career, How He Was Murdered and Net Worth

Hon. Ishaya Bakano was a Adamawa State politician and the Deputy leader of Song Local government.

How he was murdered

Ishaya Bakano was killed by unknown gunmen in his resident in the early hour of Saturday.

Confirming this development to newsmen, the spokesperson of the state police command, DSP Suleiman Nguroje, said the police received a report at about 1am today that the home of the 60-year-old politician located at Bannga had been invaded by some unknown gunmen who shot sporadically.

Nguroje stated that the police on arrival found the politician in a pool of his blood. He was rushed to the hospital where he was confirmed dead.

He said the police is currently on the trail of the suspected gunmen.