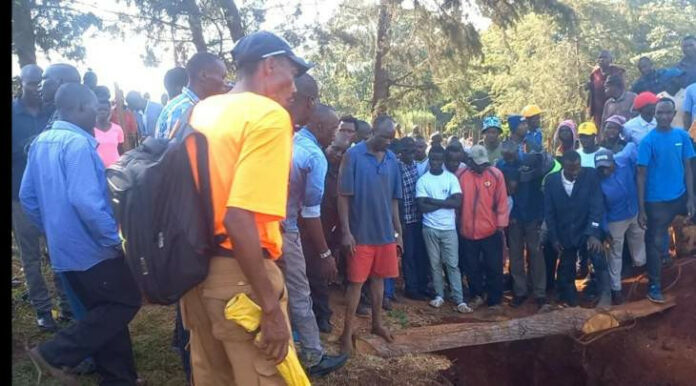 Josphat, who was reportedly among the three men contracted to dig the pit at the school, was trapped after the walls of the pit collapsed while inside at around 2:00 pm. 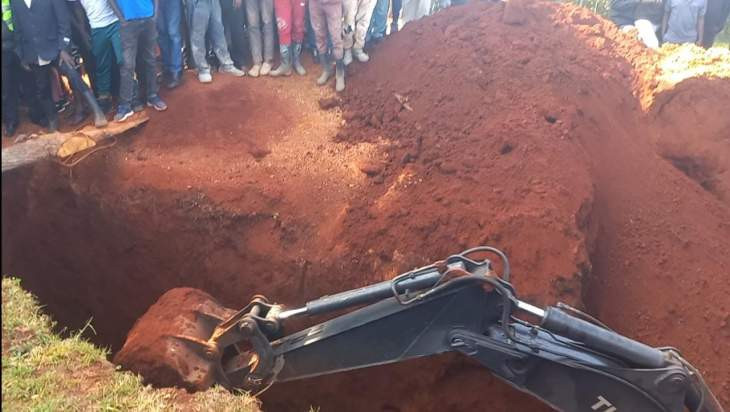 One of the diggers, Nicholas Odungo said the incident happened as they were finalising their work. The pit was at the time 30 feet deep.Odungo and the other digger went for lunch when the tragedy struck. 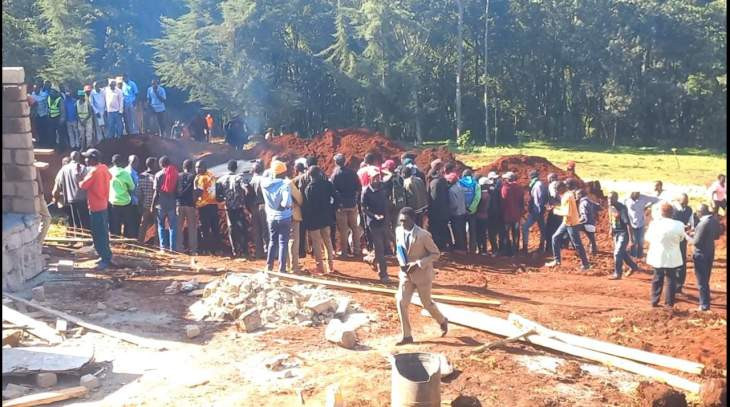 “We had gone for lunch and we told him to continue digging. We returned shortly after to help him remove the soil and while in the process of tying the rope the walls cave in.”

As at the time of filing this report, the father of three is still trapped in the rubble and rescue efforts are ongoing. 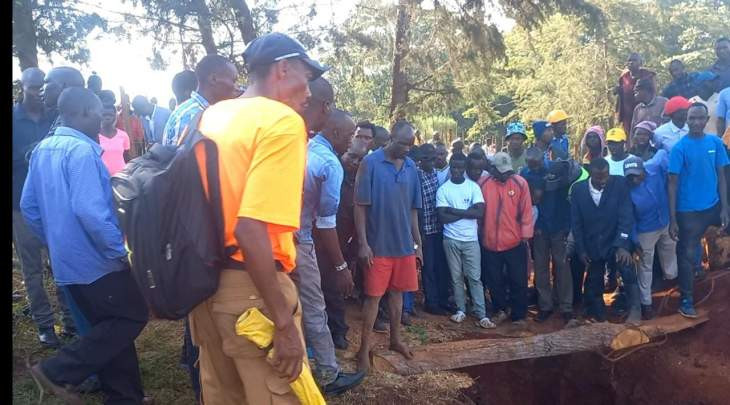