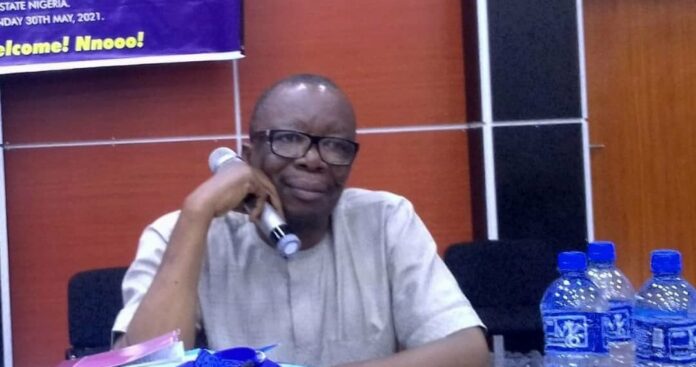 Emmanuel Osodeke, president of the Academic Staff Union of Universities (ASUU), says the union’s strike would have been addressed earlier if politicians’ children attend public universities in the country.

Osodeke spoke on Tuesday during an interview on Channels Television.

ASUU has been on strike since February 14 over the federal government’s failure to honour an agreement on issues bordering on funding of universities, as well as salaries and allowances of lecturers.

Reacting to Buhari’s directive, the ASUU president said the two-week ultimatum is “too long”, and that the union can suspend its strike in less than two days if the federal government honours its agreement with the union.

“Two weeks is too long. The issue of renegotiation has been completed by both sides, which means that one is gone. They should just come back to us and say ‘we have agreed, sign it’. That should not take two days,” Osodeke said.

“If you have a crisis in your house, you will source for money to resolve that crisis — the way they are sourcing for money to do all kinds of things.

“We were told they spent billions to feed children in schools. Is that correct? How many children have you seen being fed. They released N200 billion for entrepreneurship programme.

“Your universities are closed for five months, you did not release N100 billion, but you released money to share in villages because election is coming. It is the priority you place on education.

“Government should prioritise education as number one priority in the country, because all of us here, wherever you are, you must pass through the school. Now that you have killed it, we are wasting our money on foreign countries.

“Last year, according to CBN, Nigerians spent N1.6 trillion as school fees to other countries. N1.6 trillion will turn around all the universities in Nigeria and bring them to standard and people will come from outside. We go outside; nobody comes in.

“For this strike, universities are shut down. Those who run the affairs of Nigeria – national assembly and executive arm – they do not have any problem. Their children are not here. If the children of all the ministers and senators are all in our public universities, this will not last two days.

“When the aviation people wanted to shut down, the national assembly called them immediately and settled them overnight because fear could not allow them pass through roads. They quickly resolved it.”