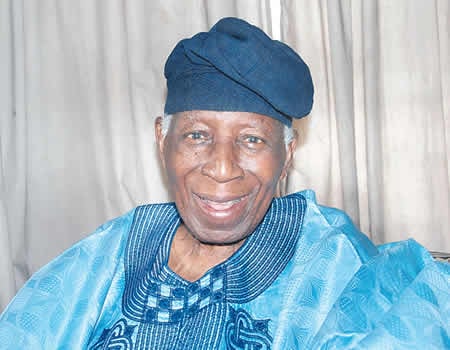 The family of a former governor of Oyo State, Dr. Victor Omololu Olunloyo, has debunked the rumored death of the politician.

Early reports (not The PUNCH) had announced that the former governor was dead.

Refuting the claims, the family also called for prayers amid concerns over his state of health, stating that Olunloyo is currently at the Intensive Care Unit of the University College Hospital, Ibadan.

The statement issued by his family on Saturday, sighted on Tribune Online, read,  “We appreciate the public for the interest shown in the wellbeing of our father, Chief Dr. Victor Omololu Sowemimo Olunloyo (aka VOSO).

In the tradition of the Olunloyo family of Ibadanland, and based on the principles of integrity, inclusion, and openness upon which our revered father VOSO has always stood, we would like to inform the Nigerian public that we would greatly appreciate your prayers for our father who is presently in the ICU at UCH Ibadan.

“As a public figure, we believe that his condition should not be hidden from the Nigerian public who have a right to know about their leaders.

“Please accept our most sincere thanks for your all concern and goodwill.

My Wife Doesn’t Need To Know How To Cook – Banky...