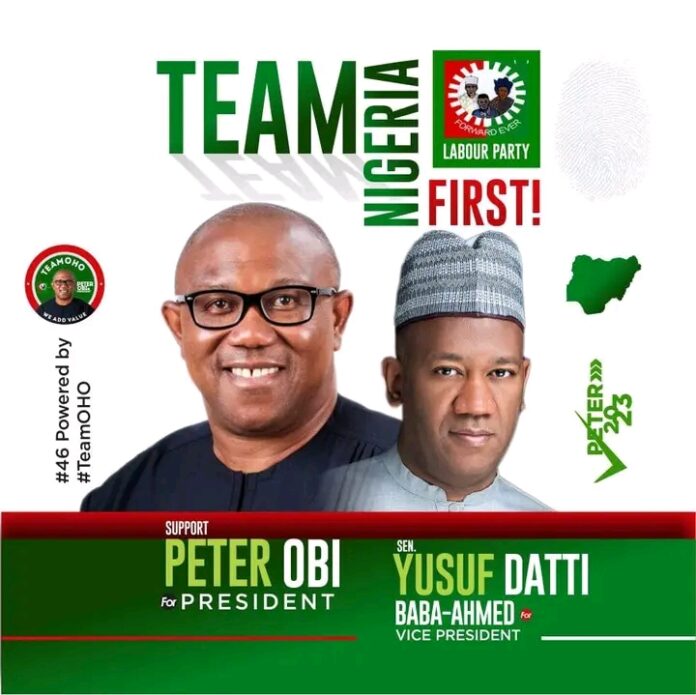 Senator Datti Baba-Ahmed, the founder of Baze University, Abuja, was announced as the LP vice-presidential candidate in Abuja on Friday.

The 46-year-old was a former lawmaker who represented Kaduna North Senatorial district.

Baba-Ahmed’s announcement was coming barely 24 hours after the Director-General, Peter Obi Campaign Organisation, Doyin Okupe, announced his withdrawal as the vice-presidential candidate of the party.

Okupe who announced his withdrawal via his verified Twitter handle @doyinokupe noted that his party would announce the new running mate to the presidential candidate.

“This afternoon I submitted my withdrawal letter from the position of the Vice Presidential candidate of the Labour Party to INEC. A replacement will be announced by d national chairman of d party shortly. I feel greatly blessed to have been part of the foundation of success 4 the LP,” Okupe tweeted.

TSBNEWS reports that like the ruling All Progressives Congress, the Labour party had named Okupe as the interim vice presidential candidate of the LP in order to beat the deadline by the Independent National Electoral Commission.