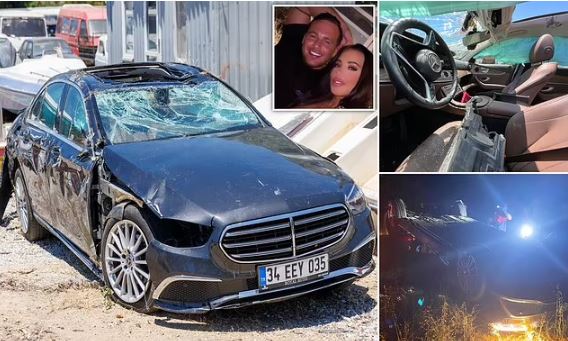 Photos from the accident that killed Jake McLean

TOWIE star Yazmin Oukhellou screamed ‘Help me, help me. My friend is dead’ as she scrambled to safety moments after the horror car smash that killed her boyfriend Jake McLean.

The reality TV star, 28, clambered through thorny bushes up a steep bank and desperately flagged down a passing motorist for help.

An official from Turkish Prosecutors Office in Bodrum, who cannot be named under Turkish law, told MailOnline: ‘Yazmin’s arm was bleeding and she somehow managed to get to the road. A passing car stopped, and the driver helped her with her injury and called emergency services.’ 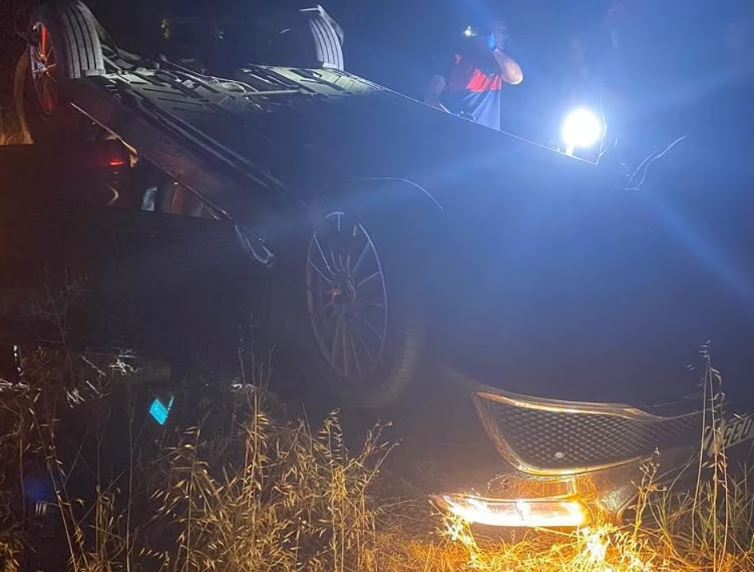 ‘Jake died at the scene despite the attempts of paramedics to save him. Ambulance, police and fire fighters were there very quickly but this was a very bad smash and most of the damage to the car was caused to the driver’s side,’ the Assistant Prosecutor added.

The official revealed that Jake, 33, is estimated to have been driving at ‘well over’ the 40 miles per hour speed limit although they had yet to establish a specific figure for this.

He said that the car hurtled around 70 feet over a left turn bend and landed in a ravine almost 30 feet below. 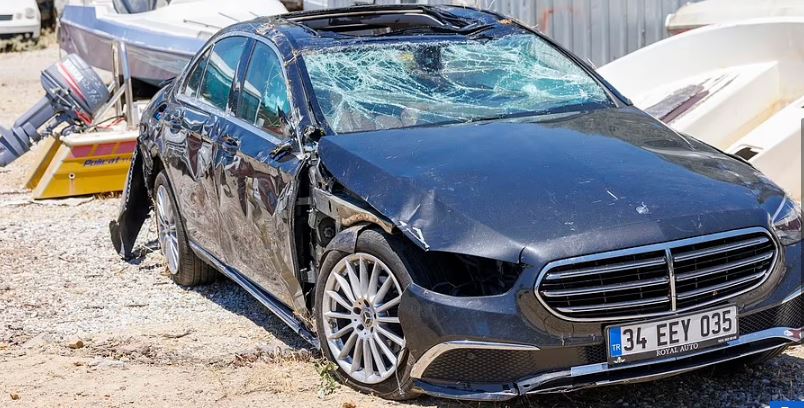 Details of the crash came as new photographs emerged revealing the extent of the damage to the blue Mercedes E class saloon as a result of the crash.

The passenger side window, from where Yazmin is believed to have escaped is knocked out while there are blood stains on the inside of the door. The driver’s side has partially caved in while the vehicle has also sustained serious damage on the rear of its exterior. 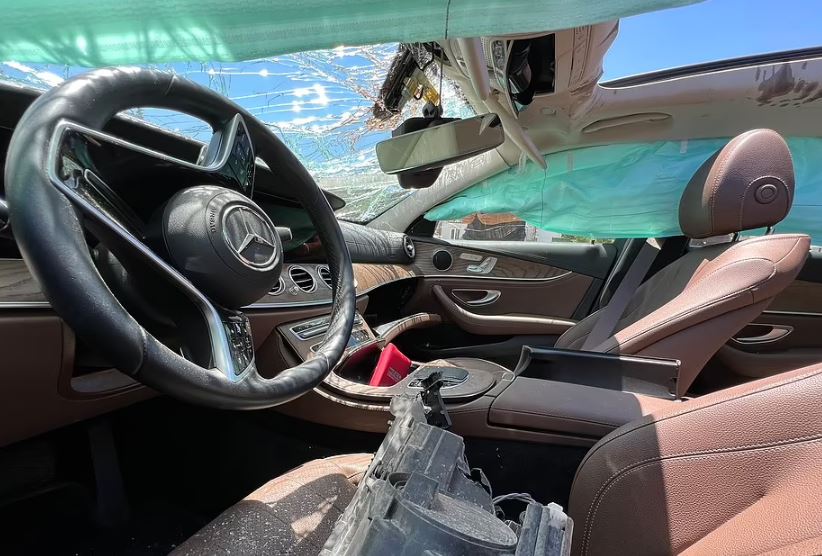 The roof, with both front and back sunroofs open, has been crushed while all the air bags are open in the car, which is in a local garage in Yalikavak.

A number of objects are scattered around the inside of the battered vehicle, including a trainer on the back seat while a bottle of hair spray and a box of tissues can be seen on the front passenger seat.

The crash took place at around 4.30am on Sunday along a windy road that cuts through mountains between the coastal city of Bodrum and the seaside town of Yalikavak as the couple returned from a night out. 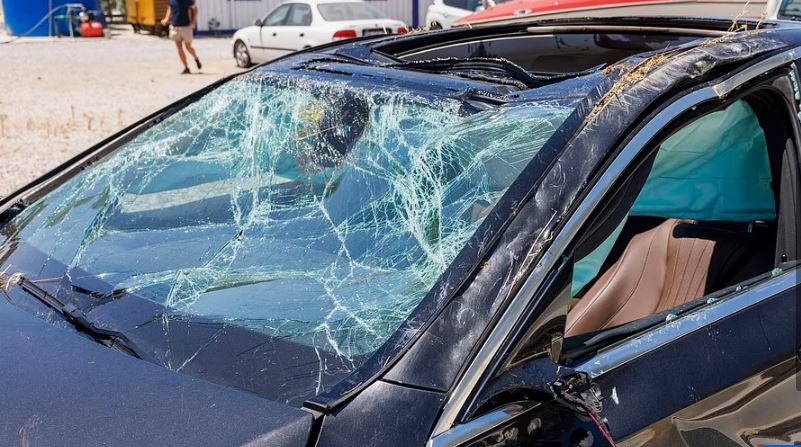 The official added: ‘We are working on the basis that this was an accident possibly as the result of drink driving. This is a very touristy area, it was 4.30am and many of the night clubs are closing.

‘Jake Robert McLean was speeding. When he was turning, he went over the edge. On the turn he did not break, that’s why he flew off.’ 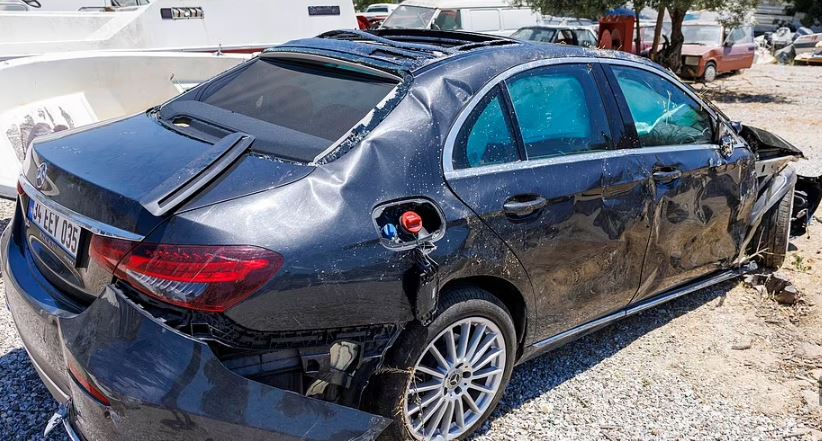 The official revealed that Jake died at the scene and that Yazmin ‘is lucky to be alive.’

The vehicle was hired from a car hire firm in Istanbul and is believed to have been driven to Bodrum by Jake.

Yazmin is currently being treated at the Acibadem Hospital in Bodrum where she is being comforted by her mother Lisa. 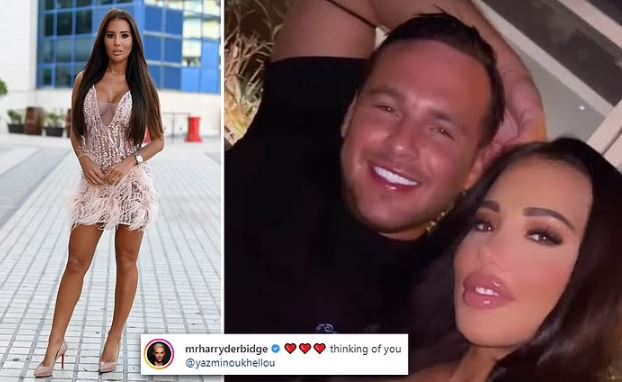