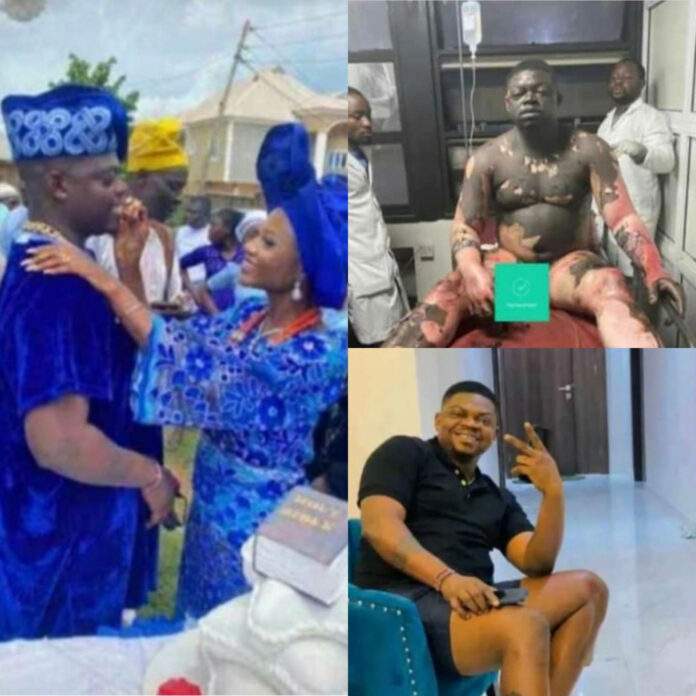 The spokesperson of the Osun state police command, SP Yemisi Opalola, says Ifeoluwa Bamidele, the young lady who set her husband, Bolu, ablaze in their home in Koka village, in Obokun Local Government Area of Osun State on Sunday, July 17, has committed suicide.

In a chat with Tsbbews SP Opalola said Ifeoluwa committed suicide on Thursday night, July 21, at about 7pm.

The police spokesperson said efforts to reach Ifeoluwa who initially went into hiding in Ekiti state yielded results on Thursday after she was able to get a Non-Governmental organization to mediate.

Opalola said Ifeoluwa stated that she was in Aramokoko and that it would be difficult for her to get transportation to Osogbo. SP Opalola said she then instructed some personnel to go and get her from where she was.

”It was when they picked her they saw she was behaving funny. They asked her what happened. She confessed that she taken a poisonous substance before she left Ekiti. We rushed her to WesleyGate hospital. They tried all they could so that she can vomit all the substance. They later discovered that it had been long that she took it and it had destroyed her internal organ. That was how she died”

Reports claim Ifeoluwa set Bolu on fire after she found out he welcomed a child with another woman. Their marriage was barely a year old.