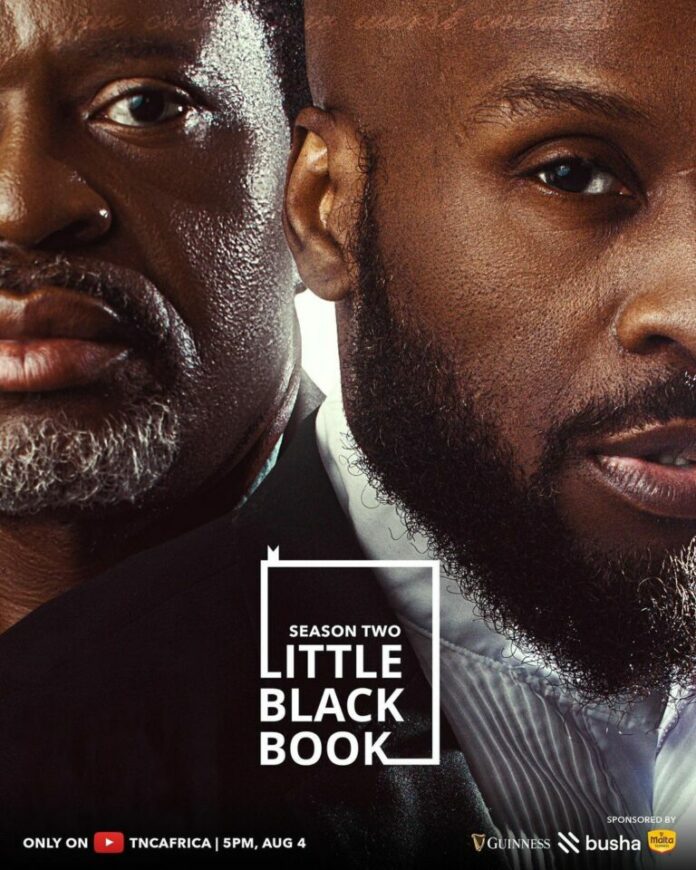 If you’re a fan of TNC Africa and you followed season one of “Little Black Book“, the series with Ikechukwu Onunaku and Teniola Aladese as the lead cast, then we’re about to make your day.

We have an exclusive look at the character poster for season two, which is set to air on TNC Africa’s YouTube channel on August 4, 2022, at 5 p.m.

The first season followed the story of Tade, a brilliant business developer trying to get her life back on track after a series of failed attempts; Leo, a millionaire hotel entrepreneur breaking boundaries to keep his business afloat; and a Little Black Book of gorgeous women, unfolding truths and hidden desires between them.

Check out the posters below: