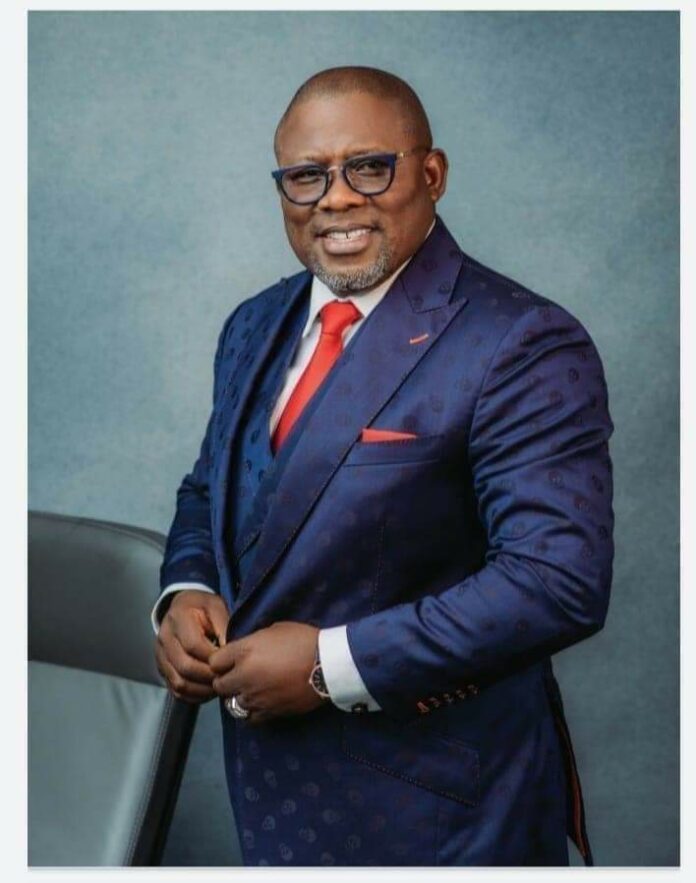 Rt. Hon. Sheriff Oborevwori  is a Nigerian politician and incumbent Speaker of the Delta State House of Assembly as a representative of the Okpe State Constituency under the Peoples Democratic Party

Sheriff Oborevwori was born on 19 June 1963, to the family of Chief Samuel and Mrs. Esther Oborevwori of Osubi town in Okpe Local Government Area of Delta State. He began his early childhood education at Alegbo primary school and completed his secondary education at Oghareki Grammar School, Oghareki. He graduated from the prestigious Ambrose Ali University, Ekpoma with a bachelor’s degree in political science in 2004 and later proceeded to obtain a master’s degree in political science from the Delta State University Abraka in 2010. Oborevwori is an alumnus of the Alliance Manchester Business School of Manchester University Leadership Executive Certificate Programme and the London School of Economics and Political Science certificate Programme on Leading Inclusive Development

Oborevwori began his political career as a grassroot politician; Chairman of the Okpe Community. However he broke into limelight in 2015 after he was elected as the member representing Okpe State Constituency in the Delta State House of Assembly under the Peoples Democracy Party (PDP). This is after 19 years of serving in several key government positions first beginning as a Councillor in 1996.  He was elected speaker of Delta State House of Assembly on 11 May 2017 following the impeachment of the then Speaker, Rt. Hon. Monday Igbuya. Speaker, Rt. Hon. Monday Igbuya. He re-elected in 2019 as Speaker for a second term following his victory at the polls to represent his constituency, the Okpe State Constituency at the Delta State House of Assembly.

On Thursday 7th June, 2022 the Federal High Court sitting in Abuja disqualified Oborevwori, in a judgment that was delivered by Justice Taiwo Taiwo, which held that the PDP candidate lacked the legal competence to participate in the election.

Here is the reason the Abuja Federal High Court disqualified the embattled PDP flag bearer in the State. The plaintiff in the suit, Edevbie had among other things, contended that the defendant was not validly nominated by his party. Edevbie told the court that PDP violated both its constitution and the electoral guidelines, during its state congress that produced Oborevwori as its flag bearer for the forthcoming gubernatorial election. Consequently, the Plaintiff, prayed the court to restrain the party from forwarding Oborevwori’s name to the Independent National Electoral Commission, INEC, and to also restrain the electoral body from receiving or recognising him as the duly nominated candidate of s the party for the election.

The plaintiff sought an order to restrain Oborevwori from parading or carrying himself as the governorship candidate of the PDP in the state. Also cited as defendants in the matter were the PDP and INEC. Meanwhile, in his judgement on Thursday, Justice Taiwo held that the suit was meritorious. He accordingly granted the reliefs against Oborevwori.

Sheriff Oborevwori is married to Mrs. Oborevwori Tobore. In May 2011, it was reported that she was allegedly abducted by gunmen along Osubi road in Okpe Local Government Area of Delta State. The culprits were later arrested and sentenced to 21 years imprisonment.