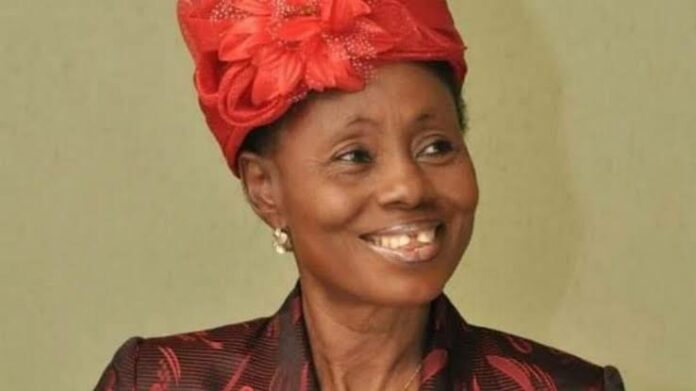 Sola Onayiga Biography – Age, Career, Cause Of Death And Net Worth

Sola Onayiga was a veteran Nollywood actress who is known widely as Kitchen Practical.

Veteran Nollywood actress become popular after her role in Kitchen Practical, she also starred in many Nigerian tv drama, like Jemeji among others.

No cause of death was revealed yet, thought the actress was admitted to the ICU unit at the Lagos State University Teaching Hospital two weeks ago.

The news of her death was made public by Founder of Best of Nollywood awards, Seun Oloketuyi.

“I have just been informed that the accomplished Stage and Screen Actress and Fellow of Theatre Arts Auntie Sola Awojobi Onayiga has passed on,” he announced on his WhatsApp group Platform.

Her estimated net worth has not been revealed yet to the public.

Mother-of-four Who Wanted One More Baby, Gets Triplets (Photos)