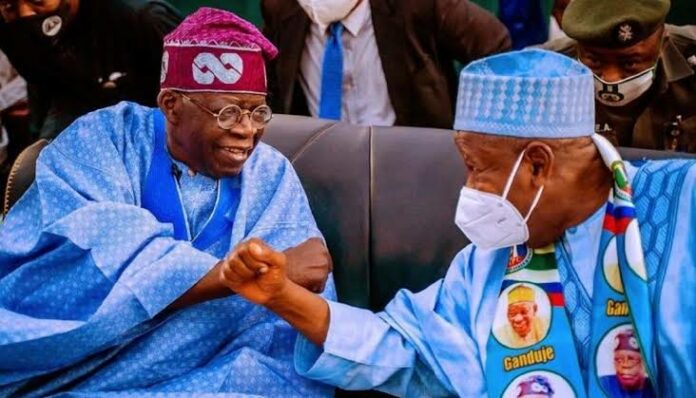 The governor made his comments on Friday at the Kano state government house during activities to mark Eid El Kabir.

“We have advised him to pick a Muslim deputy and he has agreed,” Mr Ganduje said. “A Muslim-Muslim ticket is a reality. It’s not something new in Nigeria.”

The former Lagos State governor had emerged as the APC’s presidential candidate in June, beating transport minister Rotimi Amaechi, who pulled 316 votes and Vice President Yemi Osinbajo, who scored 235 votes with a total of 1,271 votes.

In late June, Mr Tinubu flew out of the country heading for France after meeting with President Muhammadu Buhari at the Presidential Villa.

Discussions around Mr Tinubu’s running mate have continued since he presented a placeholder vice presidential candidate to the Independent National Electoral Commission (INEC).

Senate chief whip Orji Uzor Kalu had warned last month that presenting a Muslim-Christian ticket will make it difficult for Mr Tinubu to be president in 2023, despite multiple recommendations.