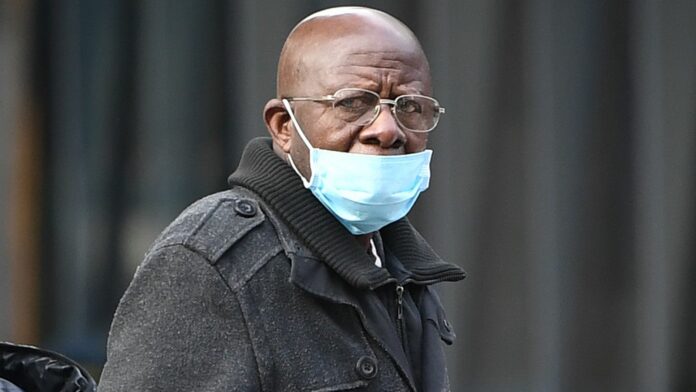 Isyaka Mamman, an 85-year-old Nigerian-born doctor, is to be sentenced by the Manchester Crown Court for gross negligent manslaughter of a patient at the Royal Oldham Hospital, United Kingdom.

According to the Manchester Evening News, in September 2018, Mamman despite objections from Shahida Parveen, the patient and her husband, attempted a “dangerous” procedure of taking a bone marrow sample from the woman’s sternum, after failing to obtain a sample from her hip in his first attempt.

He was said to have inserted the biopsy needle but missed the sternum ‘altogether’, causing a fatal puncture wound to the pericardium which encloses the heart.

The mother of three was said to have immediately lost consciousness and her husband came running out of the room shouting: “He killed her! I told him to stop three times and he did not listen. He killed her.”

She was pronounced dead later that day.

Mamman is said to have been born in Okene, Kogi state, and qualified as a doctor in Nigeria in 1965. But he has worked in the UK since 1991.

This is not the first time he will be coming under the cloud of controversy.

Three years earlier, Mamman was said to have carried out the same procedure on a 64-year-old man who suffered a cardiac arrest the same day. Although he survived, he left permanently disabled and suffering with mobility problems.

Also, the court heard that his “true age” is a matter of contention as his birthplace in Nigeria has no system of birth registration.

He later took off years from his age by adopting a birth date in 1941, suggesting he began his medical degree at the age of 16.

But in 2001 when he began approaching the compulsory retirement age of 65, Mamman adopted yet another birth date – October 1947. That birthdate would have meant that he started his degree course at the age of 10.

In 2004, he was found guilty of serious professional misconduct by the General Medical Council (GMC) and suspended for 12 months for lying about his age.

The Pennine Acute Hospitals NHS Trust where he worked at the time, sacked him but then re-employed him in 2006, after he had been restored to the register by the GMC, who accepted his date of birth to be 1943 .

Mamman, however, now accepts he was actually born in 1936. He is expected to be sentenced on Tuesday.

He was told by the judge to “prepare” himself to spend time in jail.