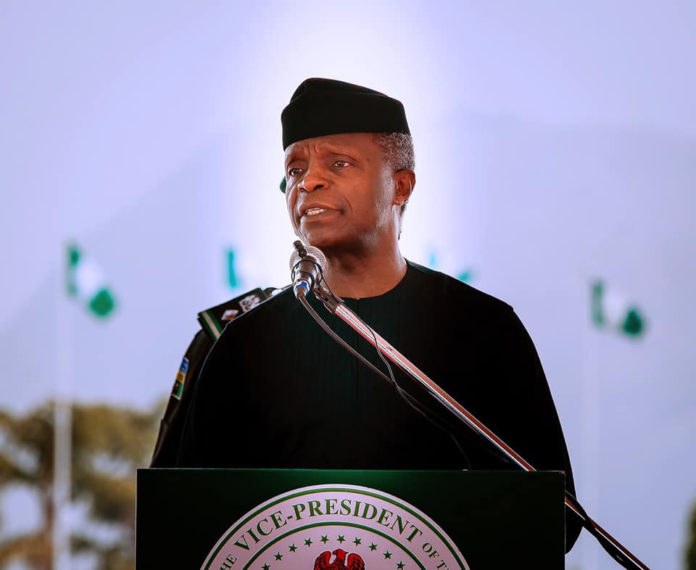 Why I had surgery in Nigeria — VP Osinbajo

Although his doctors advised him to consider doing the surgical operation to correct a fracture on his right femur (thigh bone) abroad, the Vice President, Prof. Yemi Osinbajo insisted on using a Nigerian hospital and medical experts for the procedure.

According to sources close to Duchess International Hospital where the operation took place on Saturday, some of the government and private practice doctors of the Vice President made the suggestion because the going abroad option is often usually considered by such class of patients and at times the option could also seem more seamless.

But one of the doctors who coordinated the whole operation, Dr. Yemi Onabowale, who is the founder of the Reddington Hospital, was quoted to have said “the VP was clear that he had confidence in Nigerian doctors both at home and abroad and would prefer they handle the operation.”

His preference to have the surgery done in Nigeria is also being regarded as a major boost for the government’s often stated objective of a reversed medical tourism as some voices in the healthcare sector have expressed excitement at Prof Osinbajo’s choice.

He was also said to have argued that doing the operation in Nigeria would not only encourage Nigerian doctors who are among the best anywhere in the world, but it would also help develop the capacity here in Nigeria.

warmly including groups of doctors like some NMA chapters and other public intellectuals.

Woman Threatened To Stab Man Who Complained About Her Loud Fart.